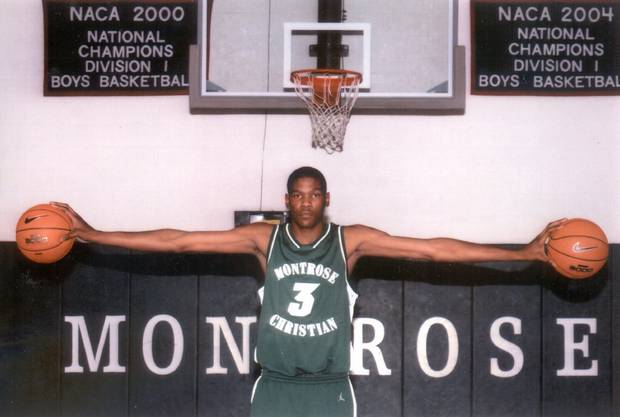 Reigning NBA MVP Kevin Durant is arguably the most talented baller in the universe, but he’s not perfect.

Despite being nearly 7 feet tall and blessed with an endless wingspan, KD admits that he’s unable to palm the official NBA ball. (He claims to be able to palm high school and college balls, however.)

Skeptical fans pointed out a photo of Durant palming two basketballs in high school, but he insists they weren’t pumped.

During his [Media Day] photo sessions, Kevin Durant upon request informed multiple photographers that he cannot palm a basketball. I couldn’t believe what I was hearing. Each time he was asked to grip the ball with one hand and pose for a picture, Durant quickly, and almost sheepishly, declined with that succinct explanation.

“There was no air in the balls,” Durant said when asked about the Montrose Christian photo. […] “To be honest, I don’t know why this is a story,” Durant said. “But, yeah, I can’t palm a ball.”