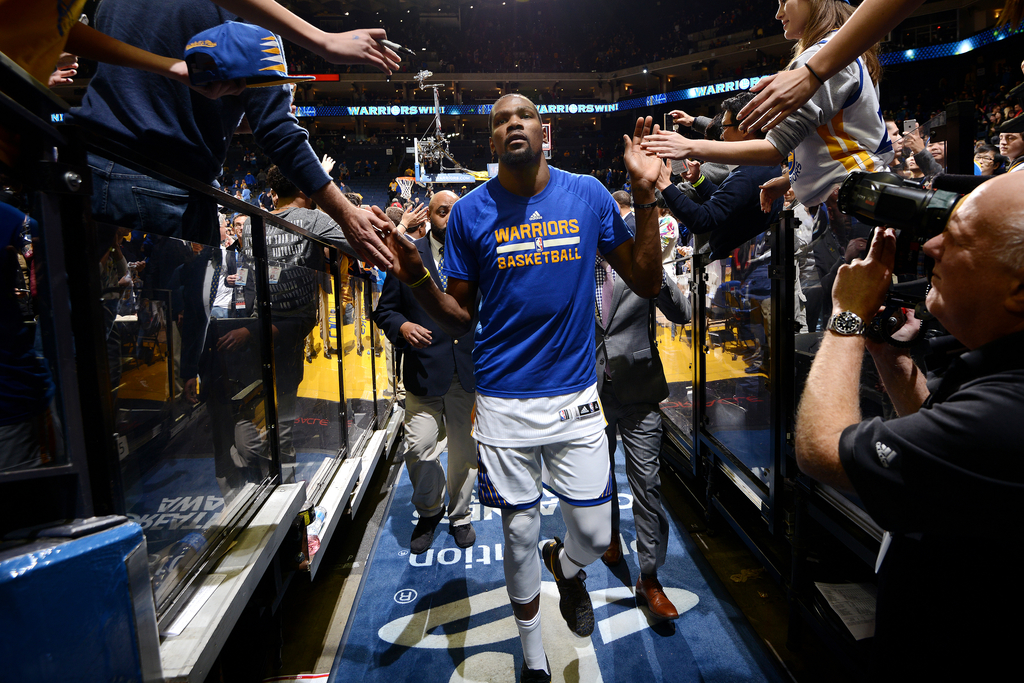 The Golden State Warriors are confident that they can re-sign both Kevin Durant and Stephen Curry this summer when both superstars will be free agents.

It helps that both guys plan on sticking around The Bay Area.

Kevin Durant, who is expected to re-sign this summer, talks with @USATODAY about his Warriors future too https://t.co/aeiYagfMNT pic.twitter.com/4aS63bL7xn

KD says he’s committed to the Dubs for the long-term:

“I have no angst whatsoever (about re-signing Durant and Curry),” Warriors owner Joe Lacob told USA TODAY Sports. “I totally am positive (that) I think those guys are going to sign. They’re both free agents. They have a right to do whatever they want. They’ve earned it, and I respect that. If they don’t sign with us for some reason, then shame on me and us. I take responsibility for that. But I don’t see that happening.”

“I’m liking it here,” Durant said. “I’m liking everything that’s going on. I know what my contract says, but I didn’t plan on coming here for just a year. I’m in it right now, and I’m also just focusing on day by day.

“I know it’s cliché, and you hear that all the time, but I’m seriously just not thinking about it because I’m like – I’m just in it for the long haul.”