Kevin Durant on Playing With Russell Westbrook and James Harden: ‘It Was Really AAU Basketball, Man. We were Just Having Fun.’ 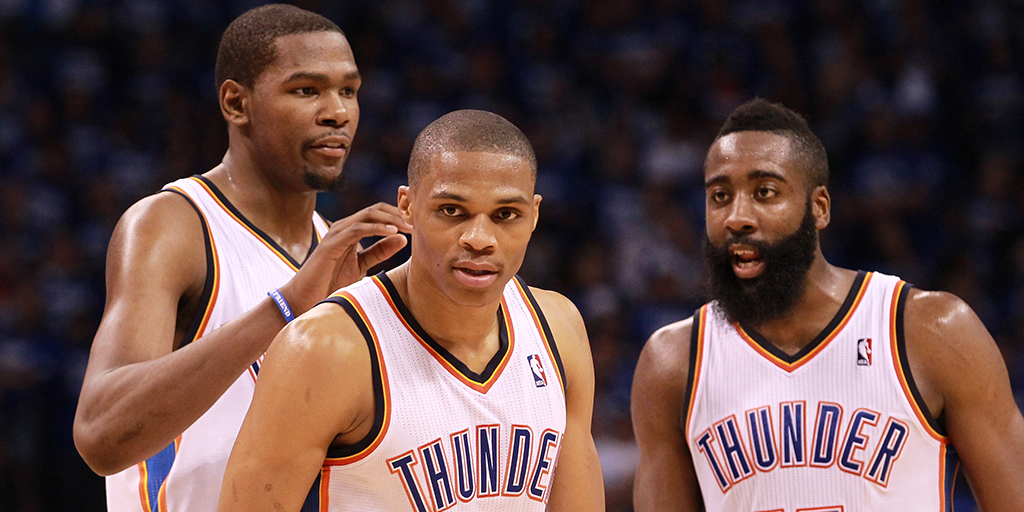 Kevin Durant and the Warriors are set to take on Russell Westbrook and the Thunder tonight at 10:30 ET and in the lead up to the game, KD has been doing interviews about his time in OKC. When speaking with Anthony Slater of The Mercury News Durant reminisced about playing with both Westbrook and Harden during the early years of their respective careers. In the interview, Durant said that the three were “just having fun” and that it was like an AAU environment and that they never considered that they could one day become the best team of all time had they stuck together:

“We never looked at it that way, like we could be best of all-time,” Durant said. “It was really AAU basketball, man. We were just having fun. We weren’t listening to anyone on the outside, media, none of that. It was just pure fun. When we did hear something about the group, it was like, what is this? That was so foreign to us because we never paid attention to it.”

Durant also praised Westbrook for his work ethic and the ability to combine his natural talent with a routine:

“Let’s not get it twisted. He has God-given ability. Nobody is that fast, that athletic, that explosive,” Durant said. “If you’re that explosive and you’re not in the NBA, that’s your fault. But he put that together with having a routine and being just…he always stuck with what he wanted to do, post practice, pre practice. That’s why he is who he is.”

The trio will likely reunite at the 2017 All-Star game as members of the West team.

Related
Kevin Durant: Facing OKC ‘Never Going to Be a Regular Game For Me’