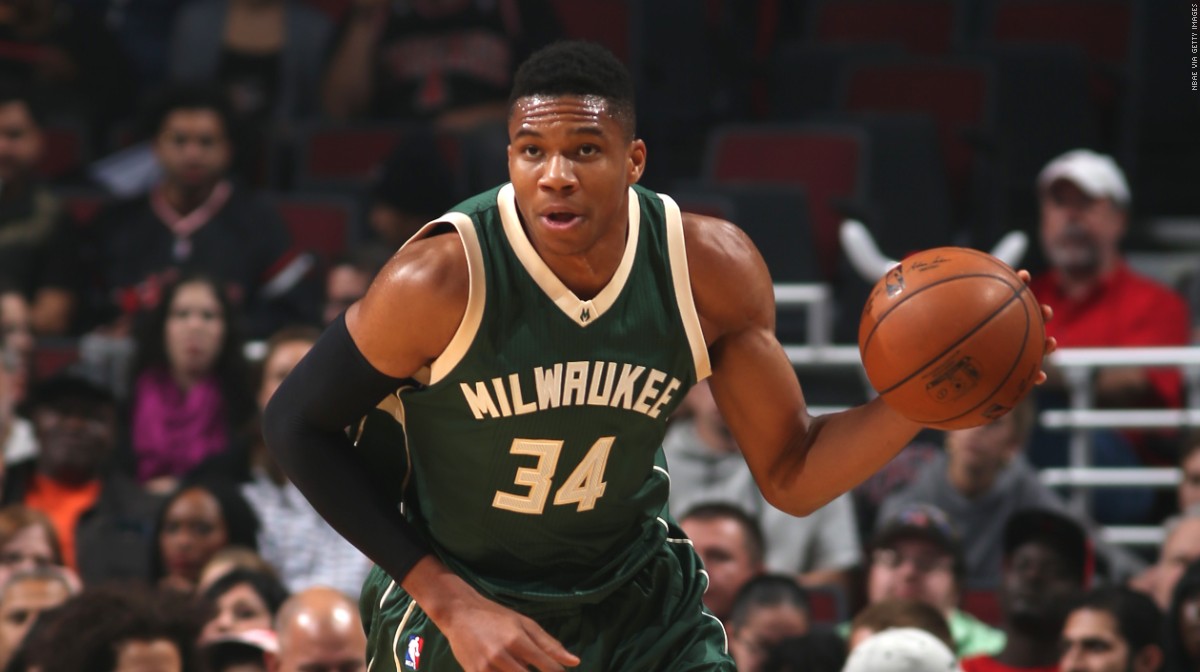 Despite a stat-stuffing performance from Bucks forward Giannis Antetokounmpo, filled with highlight-reel plays, Kevin Durant and the visiting OKC Thunder left Milwaukee with a 104-96 victory Sunday.

KD appreciates the young fella’s emerging game, and says there’s just one thing remaining for the Greek Freak to develop before he can truly be unstoppable: a consistent jumpshot.

“They’ve got a really good young core and they’re different,” Durant said of the Bucks. “They’re long and athletic, all of those guys, and they present a matchup problem on both ends of the floor. They can switch everything on defense and they can drive and score.