Kevin Durant Says Ref Who Ejected Him ‘in His Feelings’ 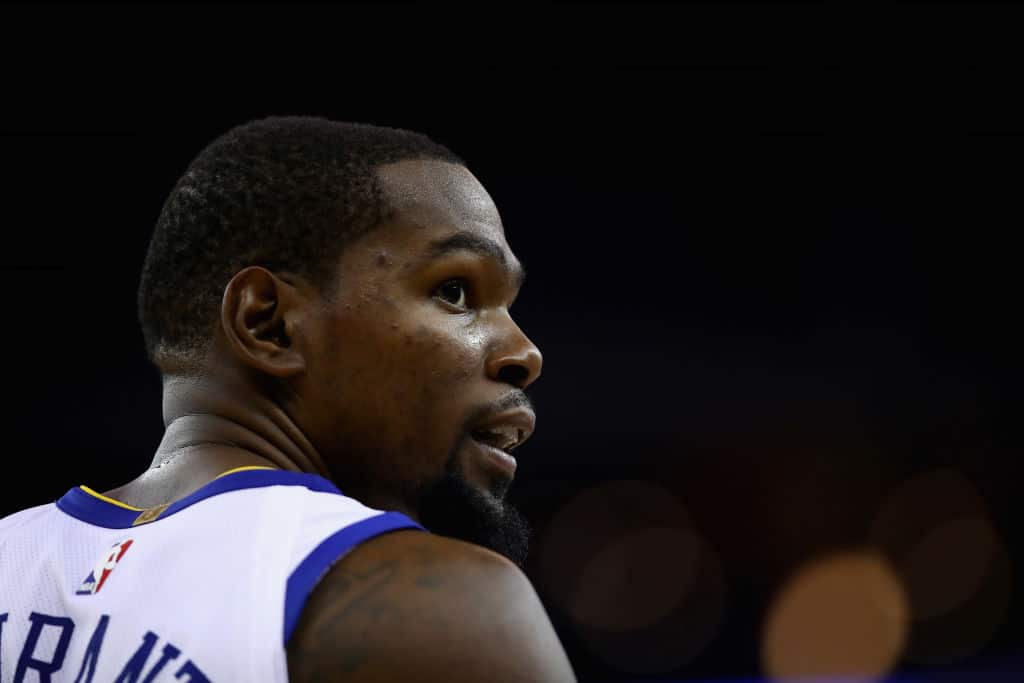 After being tossed from the Golden State Warriors’ 123-112 Tuesday night victory against the New York Knicks, Kevin Durant said he felt targeted by referee James Williams.

KD thought Williams was holding a grudge and “in his feelings” when he whistled the All-Star forward for his second technical foul.

Durant says this is “just a bad season” for players and refs.

Williams “went into halftime, probably with an attitude,” Durant said. “So second half, his whole thing was he’s trying to get me. So, look at my first tech. I got the rebound, dribbled the ball hard and he tech’d me up. He was searching for me. He was looking to try to tech me up to get me back because he’s still in his feelings from the first half.”

With less than three minutes left in the game, Durant argued a call with Williams and was assessed his second technical, prompting his fourth ejection of the season. Earlier this season, Durant had three in an 18-game span, one more than he had in his previous 810.

“It’s just a bad season for us and the refs, as far as our relationship is concerned,” said Durant, whose 10 technical fouls are second only in the NBA to Draymond Green’s 11. “But we’ll be all right.”