Kevin Durant on the Thunder: ‘I Love Them From The Bottom Of My Heart’ 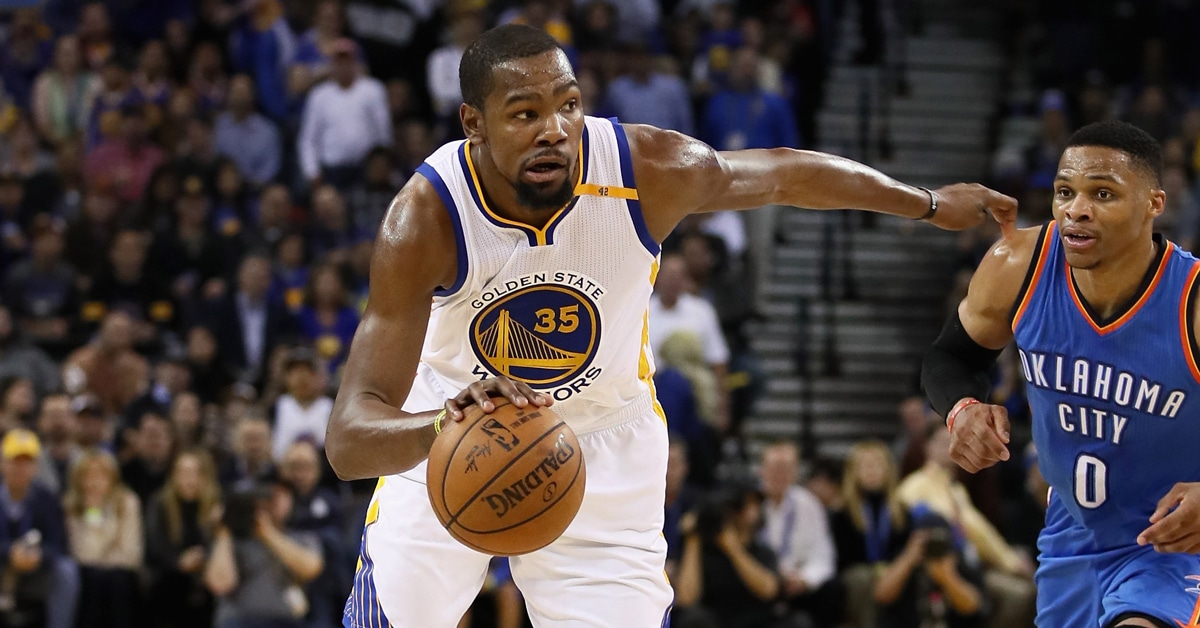 After going through the emotions of a painful departure, Kevin Durant says he no longer harbors ill-will toward the Oklahoma City Thunder.

In a story by Bleacher Report’s Ric Bucher, Durant said that Russell Westbrook and Thunder GM Sam Presti would be there for him “if I was on my death bed.”

I intended this story to be primarily about the Thunder franchise’s move and how it impacted its young star, Kevin Durant. Then I spoke with KD and he hijacked my plan with his candor & reflection on, well, everything: https://t.co/eMzdroVjDR

“Whether it’s Sam Presti or Troy Weaver or Russell Westbrook or Nick Collison. Whether it’s Wilson Taylor or Clay Bennett and his family, I love them from the bottom of my heart.

“If I was on my death bed, I guarantee you Sam Presti and Russell Westbrook would come check on me. So I’m going to look at it that way rather than the other way.”

RELATED:
Kevin Durant Doesn’t Want To Be ‘The Face of the Franchise’