Kevin Garnett To Paul Pierce About His Jersey Retirement: ‘Isaiah Who?’ 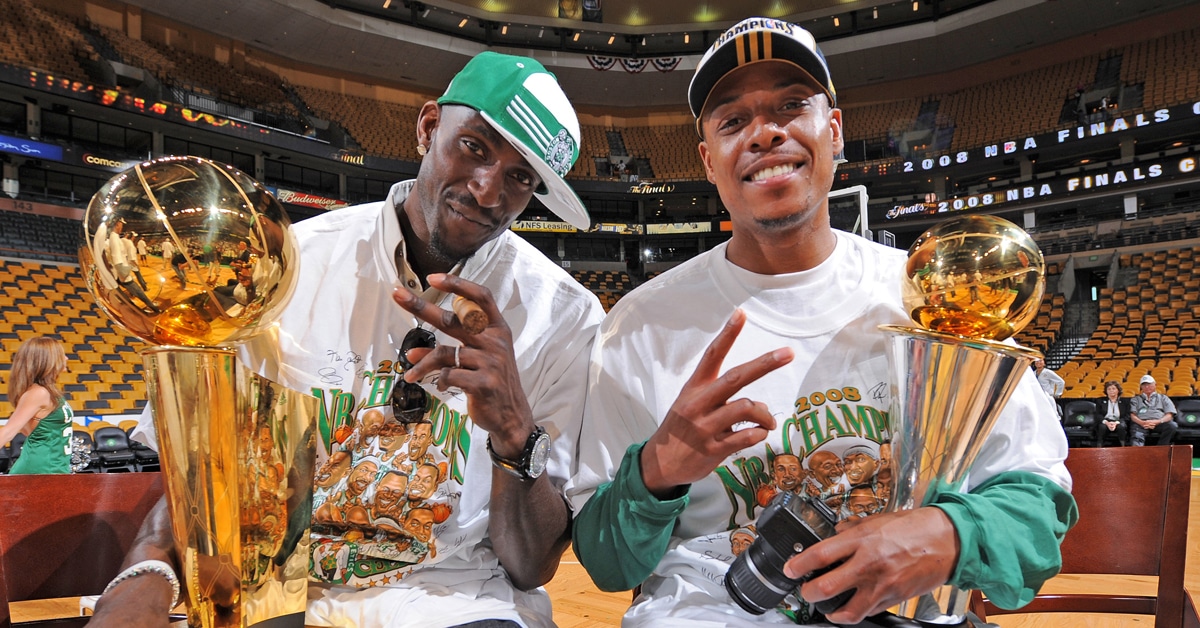 In a story by ESPN’s Jackie MacMullan and Chris Forsberg, Pierce recalled Garnett’s advice: “KG was like, ‘Isaiah who?”

Pierce conceded that he gave his position some additional thought after his objections to a joint tribute made headlines.

He says he consulted his agent, his wife, his mother and Garnett.

“Everyone understood where I was coming from,” Pierce said. “KG was like, ‘Isaiah who? Hell no, you’re damn right you’re not sharing your night with him.'”

RELATED:
Rajon Rondo on Isaiah Thomas: ‘What Has He Done (For The Celtics)?’