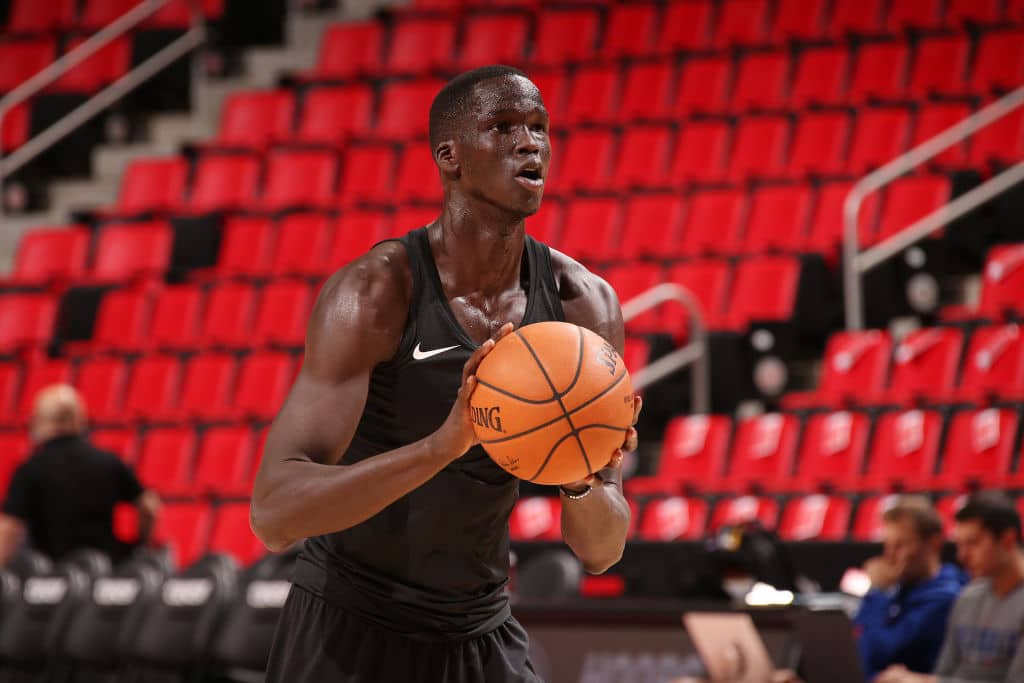 Thon Maker is a future NBA MVP, according to Kevin Garnett.

“Mark it down,” KG boldly predicts.

KG says Thon Maker is going to be MVP of the league one day: "Mark it down." https://t.co/5kI1NycSDe pic.twitter.com/IUyaGYlb4e

The future Hall of Famer says Maker, 20, reminds him of himself.

You’ve done a lot of work with Thon Maker, right?


KG: “Thon Maker reminds me a lot of myself. He loves the game. He’s a young, exuberant athlete who has a lot of tools—he has touch; he has agility; he has really, good feet. He has a really good shot from three-point all the way up to 19 to 21 feet. He has very good bones, as we say.

“Thon is going to be the MVP of the league one day. Mark it down. He has the bones. He has the appetite to be able to chase something like that.”