Kevin Garnett to Start in Minnesota Next Season 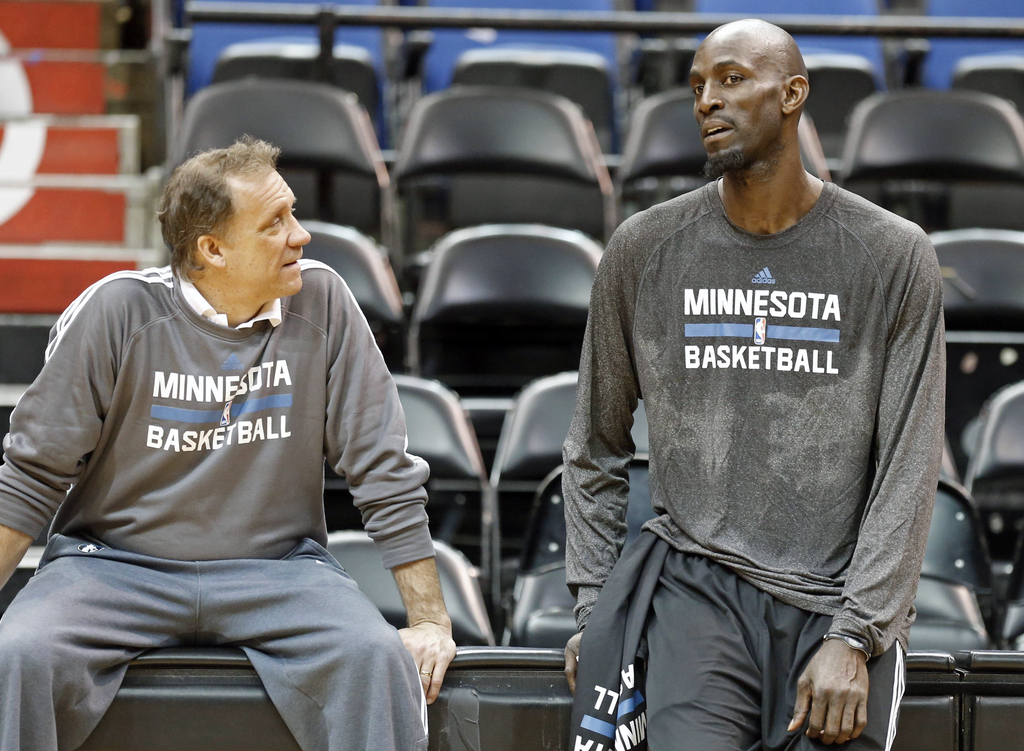 Despite appearing in only a handful of games last season, Kevin Garnett and his rapidly disintegrating knees will be back in the starting lineup for the Minnesota Timberwolves in 2015-16.

Head coach and team president Flip Saunders is counting on KG —who re-upped for two more years this summer—to steer the young T-Pups in the right direction; Flip says there’s no better on-the-court communicator than Garnett in the NBA.

The best part of Saunders’ fun and lively Q&A with Grantland is a story about Garnett profanely encouraging teammate Nikola Pekovic to run hard in their first practice together:

Saunders: “That happened during the season, in his very first practice with us. People were talking about it in Vegas, because KG came out and did a shootaround with us there, and people couldn’t believe how energetic he was. And we said, “Well, you should have seen him when he ‘motherfucked’ Pek because he didn’t get back on defense during a dummy drill.’ No one had ever seen that with Pek. That’s KG. He always said that living up to his contract meant giving everything he had, in practices and games. He expects that from everyone on the team. A guy like Pek has never been pushed.”

How did Pek react? […] Saunders: “He put his damn head down and started running fast. That’s the thing about KG: He’s running back faster than anyone. If a Hall of Famer, one of the greatest power forwards ever, is doing that at 38, how can you not do it? And here’s the thing: KG can still play.”

Does that include (top draft pick Karl-Anthony Towns), or is he a center? A hybrid? Does it matter? […] Saunders: “It doesn’t matter. He’s a player. Good teams have guys that can play multiple positions. It makes them harder to guard. Besides, it’s not what position you play. It’s what position you can guard. Some nights, Towns will guard power forwards and KG will guard centers. Some nights, it will be the other way around.”

Related
Ricky Rubio on Kevin Garnett: ‘If You’re Not On His Side, You Should Be Afraid’