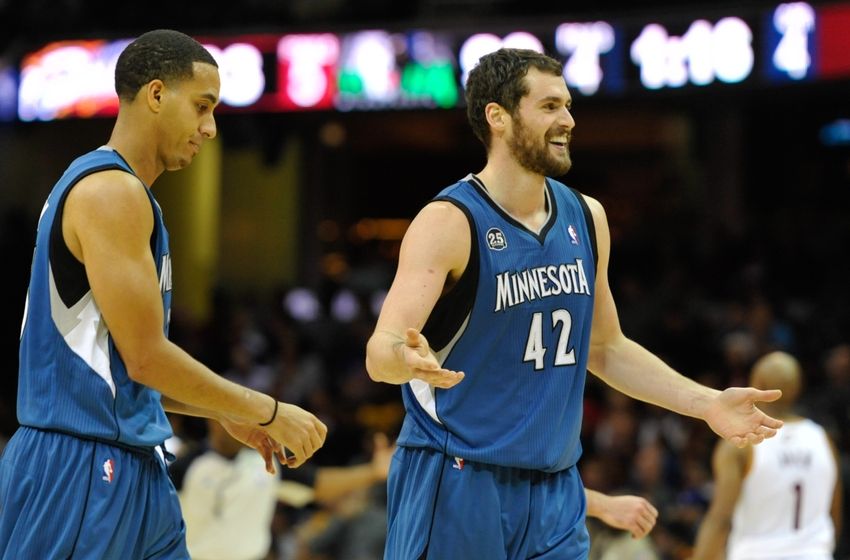 Minnesota Timberwolves guard Kevin Martin told reporters at Media Day that he didn’t find out about the blockbuster trade of former All-Star teammate Kevin Love until he showed up for training camp.

Martin apparently made this claim with a straight face.

If anybody had the inside scoop on betting the exact date, it was Wolves center Nikola Pekovic, who shares the same agent with Love. […] “My agent informed me what was happening,” Pekovic said. “I think the loss of Kevin Love, there was something in the air toward the end of the season. Still, we had some hope that he would stay. But we tried to make our team younger and I see a lot of new faces, a lot of younger guys. We’re just waiting to see how Flip and the rest of the coaching staff are going to put everything together.”

Pekovic knew of the news well before it happened, even though he was half a world away back home in Montenegro. Meanwhile, such word apparently travels slower to places like Ohio, where Wolves veteran guard Kevin Martin spends part of his summer.

“I didn’t know Kevin Love got traded until yesterday,” Martin said with a straight face at Monday’s annual media day at Target Center that preceded a midnight start to training camp in Mankato. “I’m not big on looking at blogs and all that.”

(Once this became news, Martin said he was was joking.)

Yes, folks. Kevin Martin was kidding. "Just had to break the ice of media day with a good laugh!" he says in text – http://t.co/DHbByxd7NF