Khris Middleton Tears Hamstring, Expected To Be Out For Six Months 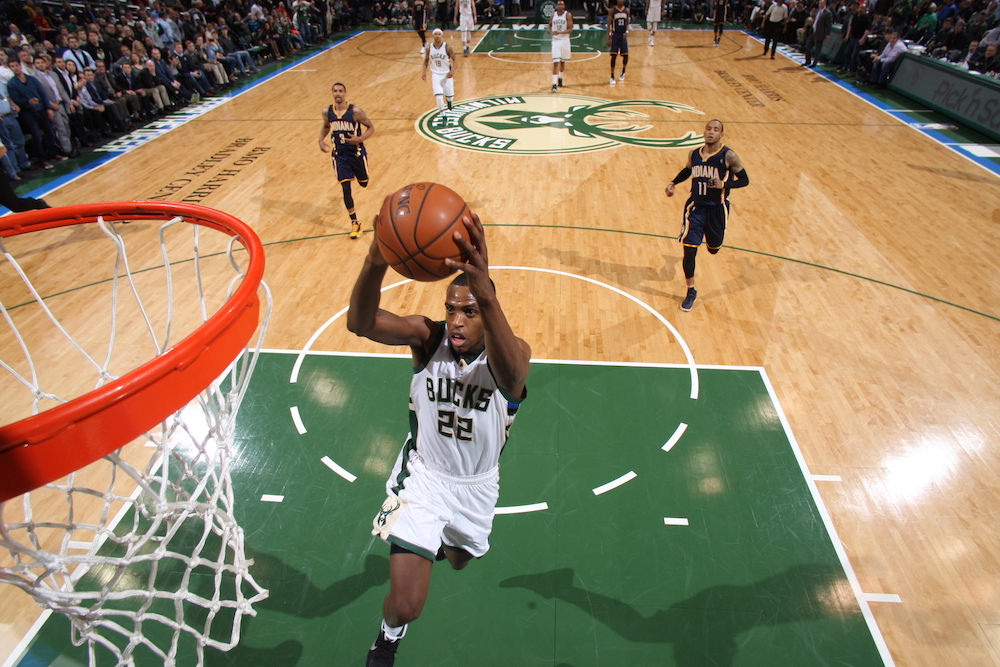 The Bucks young core was dealt a blow after rising guard Khris Middleton suffered a torn hamstring in preseason workouts that will require surgery. The rising guard will have surgery later this week and is expected to be sidelined for at least six months.

“We’re obviously disappointed for Khris and our team, but injuries are an unfortunate part of the game,” Bucks GM John Hammond told NBA.com. “We’ll rely on our overall roster depth to help us while Khris is out for a significant period of the season.”

The 25-year-old Middleton averaged a career-high 18.2 points, 4.2 assists and 1.2 steals in 79 games last season. The bad news comes just days after the franchise locked up Giannis Antetokounmpo with a 4-year, $100 million contract.