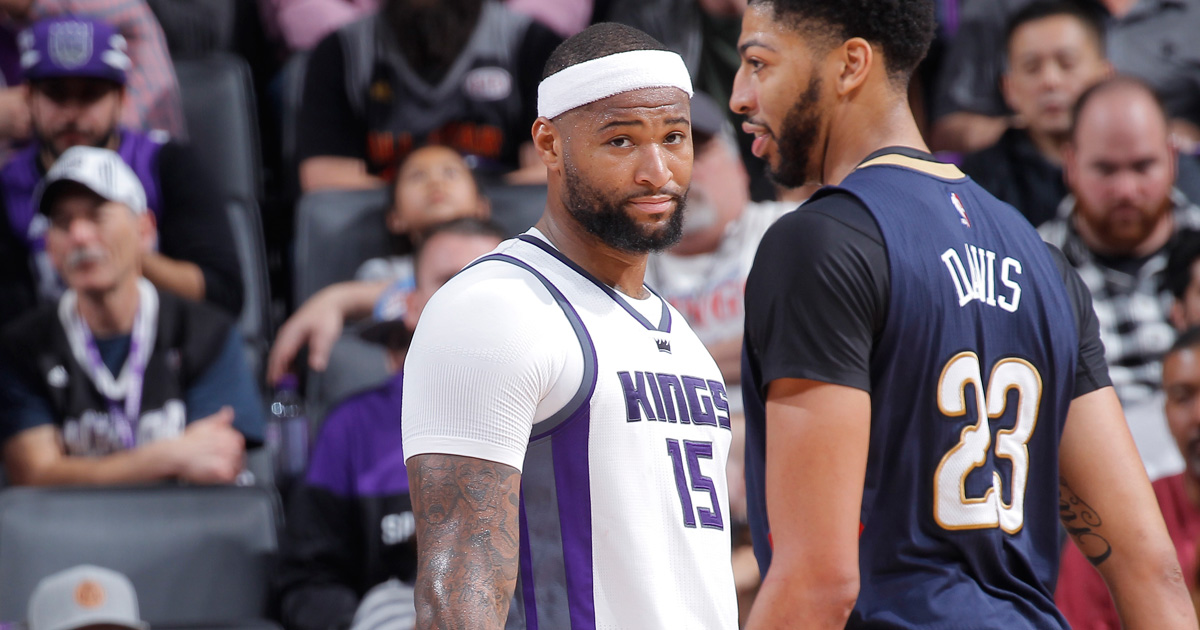 Deal with the Pels includes guard Buddy Hield, and a 2017 first-round pick to the Kings for Cousins, league sources tell @TheVertical.

Update (February 19): While the All-Star game was going on, DeMarcus Cousins trade rumors intensified. According to Woj, GM Vlade Divac has presented owner Vivek Ranadive with what he believes are the top two trade proposals:

During his postgame media session, Cousins said that he has not heard from management as of now and “whatever happens, happens:”

According to ESPN‘s Marc Stein, the Kings are strongly considering the Pelicans’ offer of Buddy Hield and two first round picks for Cousins:

Original Story: The Sacramento Kings have reportedly been engaging in trade talks regarding DeMarcus Cousins in recent days.

According to the Vertical, Kings owner Vivek Ranadive has “started to adopt management’s concerns about Cousins’ temperament to become a franchise pillar.”

Sources: Kings owner Vivek Ranadive's waffling on long-term commitment to Cousins has opened door to trade talks. He's gone back and forth.

The Pelicans, according to several reports, have inquired about acquiring Cousins before the February 23 deadline. New Orleans reportedly has said that any player other than Anthony Davis, and multiple draft picks, are available for the right price.

The Pelicans have made virtually everyone available, including Buddy Hield, to pair Anthony Davis with a fellow All-Star, sources said.

Cousins’ agent, however, tried to dispel the trade rumors, by saying that Kings GM Vlade Divac and ownership have assured him that Cousins will not be traded before Thursday’s deadline.

(1 of 2) Agent Jarinn Akana tells @TheVertical: "We met w/ Vlade and ownership and they assured us and DeMarcus that he's not being traded."