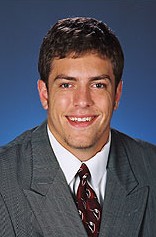 I walk by an open room. James Dolan, it seems, is giving Isiah grief about the fact that his vest has a different number of breasts than his sport coat (1:2 ratio). The mere idea of James Dolan and Zeke talking about breasts is pretty horrible.

Someone from ESPN radio is trying to get Kelvin Cat o pregame. The convo went something like this:

He does the interview.

Talked with Jamal Crawford about The Game’s new album. JC was going off on a track (haven’t heard it yet) where The Game cries all the way through. I plugged the new Ghostface. MORE FISH, baby!.I hope you guys are ready for the midseason Pretty Tonys. If he keeps putting out solid albums, I have no choice but to oblige.

A guy named John hits a top of the key three to win ten grand.

Michael Jordan in the house! Money gets a standing ovation. He’s with Ar-mad Rashad. Charles Oakley, P-EW and John Starks also in the house. Good times. For some reason, Q Tip and some other dude are sitting between MJ and Oak. Lots of interesting MJ courtside moments, but I don’t really have the time for the coverage.

After drawing a charge in the third quarter, David Lee screams in jubilation, “It’s about fucking time!”

Think about this for a minute: Is there a point to Derek Anderson? Or does he just make money? Haven’t seen enough of him recently. I mean, he starts. He must do something right? What am I missing?

7:19 into the third and Primoz Brezec has 5 fouls. I think he fouled out in the second overtime.

Just thinking about it phonetically, how can Bernie Bickerstaff possibly be a good coach? His name suggests he can’t get along with his assistants. His career also suggests that he can’t get along with winning, but he’s coaching an expansion team now and I’m not fairly considering certian mitigating factors (inexperienced team, no money to work with, new franchise, etc.)

This Othello Harrington-Kelvin Cato 4th quarter matchup is simply delicious–like, imagine you just found a pie that you had been looking for since 1999.

It’s funny that the Knicks ended up winning on a perfectly drawn play–should that have even counted?–after two final plays that showed no creativity from Isiah whatsoever: a typical JC crossover that goes nowhere followed by a tough 3, and an ill-advised three that JC got off of Marbury handoff. A few other things:

1) It seems that Bernie Bickerstaff could do better with his substitution patterns.

3) The suspended Knicks should all be benched when they come back.

4) Cameron Frye got his Channing on tonight. Could this be the end of an era?

7) I came away very impressed with how far along Raymond Felton’s game is for a second year point guard. 16 assists in 51 minutes will do that to a man’s perspective.

I was taking notes on a specific player all night, so that’s all I got. I probably wouldn’t have chosen Knicks-Bobcats over Nets-Cavs under regular circumstances. That said, I did end up going to the better longer game.

(By the way, I’m posting this on my knees right now at a “borrowed” computer at the APPLE Store on 59th street in NYC, across the street from The Plaza hotel.)