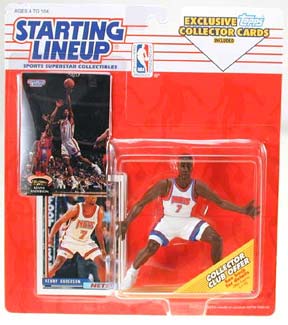 QUOTES OF THE DAY
“Robinson is a great guy. In spite of being the oldest man in the team, he always works hard.” — Nenad Krstic, on Clifford Robinson.

THE LINKS…
• The Al Harrington story will not die. Now Al has officially fired his agent, Andy Miller, and replaced him with Arn Tellem, who will now have to try and talk Billy Knight into taking back some players in exchange for Harrington. The Boston Herald says Billy Knight is doing a great job, but if the Hawks let Harrington go and get nothing but mid-first round pick in exchange, whose fault will that be?

• Not a good time to be a Cavs voice in Cleveland. They not only fired their play-by-play guy, but they also let go of their PA announcer.

• Some interesting stuff here about Gatorade marketing Dwyane Wade in China prior to the US/China game tonight. Do you think all the Chinese fans will expect Wade to have a kid-sized body with a regular-sized head?

• David Stern says the Hornets will buzz back to New Orleans. (Check out the photo here — you think he’s talking about Wedgie Evans?)

• Two weeks after denying the Sixers were for sale, now it appears that they’re on the block. Stay away, Steve Belkin.

• Random story on Kenny “Mr. Chibbs” Anderson and his alleged inability to make child support payments on time. They refer to him as “fertile” in the story, which I gues sis fair when you have two sons both named “Kenneth, Jr.” by different women. (And wasn’t his ex-wife Tami named Tami Akbar on “The Real World”?)

• The Knicks will end up with Jared Jeffries, for better or for worse.

• The T-Wolves have re-signed Justin Reed, a favorite of KG ….. The Nets may say adios to Zoran “The Darkness” Planinic ….. I really like this signing for the Hawks ….. Jake Voskuhl just got $4 million richer …..

• An early contender for most disturbing lede of the week.

• Pavel Podkolzine, who I’m pretty sure at one point was in ESPN.com’s top ten in their mock NBA Draft, was released by the Mavs on Friday. If P-Pod is looking for a job, Mark Cuban has three good money-making ideas that he’s giving away for free.