Knicks Get Kyle O’Quinn on 4-Year, $16 Million Deal After Sign-and-Trade 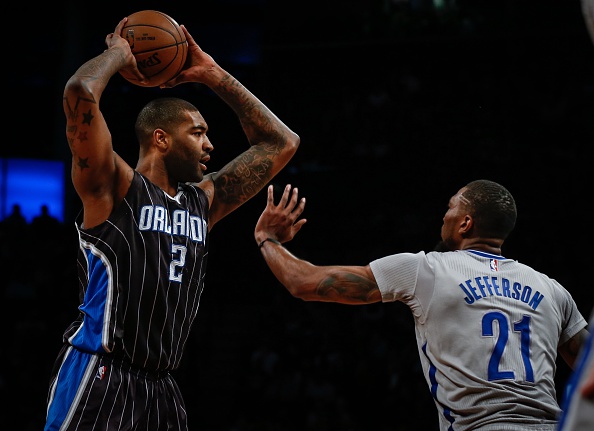 Free agent forward Kyle O’Quinn is joining the New York Knicks, according to a report. O’Quinn will sign a four-year, $16 million contract with New York, after a sign-and-trade deal with the Orlando Magic. O’Quinn put up 5.8 points and 3.9 rebounds per game last season with Orlando.

After agreeing to a four-year, $16 million deal, the New York Knicks have acquired free-agent forward Kyle O’Quinn in a sign-and-trade with the Orlando Magic, league sources told Yahoo Sports.

The Magic will receive cash considerations and the right to swap second-round draft picks with the Knicks in 2019, sources said.

The fourth year of O’Quinn’s contract is a player option, sources said.