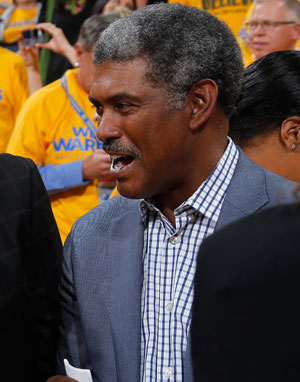 The Knicks hired MSG president Steve Mills as the team’s president and GM today. Mills replaces Glen Grunwald, who was promoted to GM in April 2012 and had overseen the additions of Tyson Chandler and JR Smith, and the decision to let Jeremy Lin walk. Grunwald will stay on board as an advisor.

NEW YORK, September 26, 2013 – The New York Knickerbockers announced today that Steve Mills, who previously served as a key executive with the Knicks for 10 years, has been named the team’s president and general manager. Mills replaces Glen Grunwald, who will remain with the organization as an advisor.

“I am pleased to be able to welcome Steve back to the Knicks. He is a well-respected sports executive with a strong background in basketball, as well as a familiarity with NBA operations and our company. We look forward to his leadership and believe he is the right person to help us reach our ultimate goal of winning an NBA Championship,” said James Dolan, executive chairman of The Madison Square Garden Company.

“We are grateful for Glen’s many years of valuable service and pleased that he will remain with the organization.”

A 30-year veteran of the sports world, Mills’ career has included 16 years with the National Basketball Association, where his talents led to a notable ascent from account executive to senior vice president of basketball and player development. This was followed by 10 years at The Madison Square Garden Company, where Mills had a wide range of responsibilities that included overseeing business and basketball operations for the Knicks and Liberty, along with business operations for the Rangers and for all other sports-related activities at The Garden.