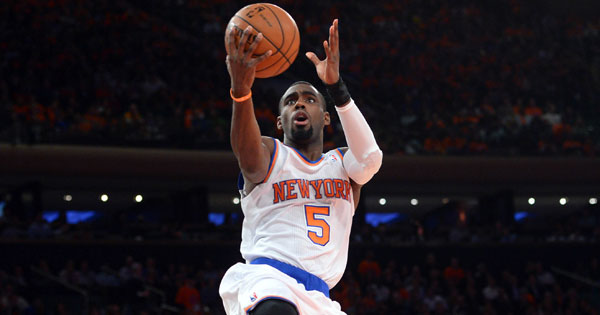 The Knicks recently attempted to make a trade for Minnesota Timberwolves star Kevin Love, offering forward Amar’e Stoudemire and his enormous expiring contract, second-year guard Tim Hardaway, Jr. and swingman Iman Shumpert, according to a person with knowledge of the situation.

But the long-shot offer, made in the past week, was declined and never stood much of a chance, particularly because the Timberwolves could potentially strike a richer deal with the Cleveland Cavaliers involving No. 1 overall pick Andrew Wiggins. The Chicago Bulls, who have a bevy of intriguing assets to trade, have reportedly had conversations with Minnesota about Love in recent weeks since failing to sign Knicks star Carmelo Anthony in free agency.