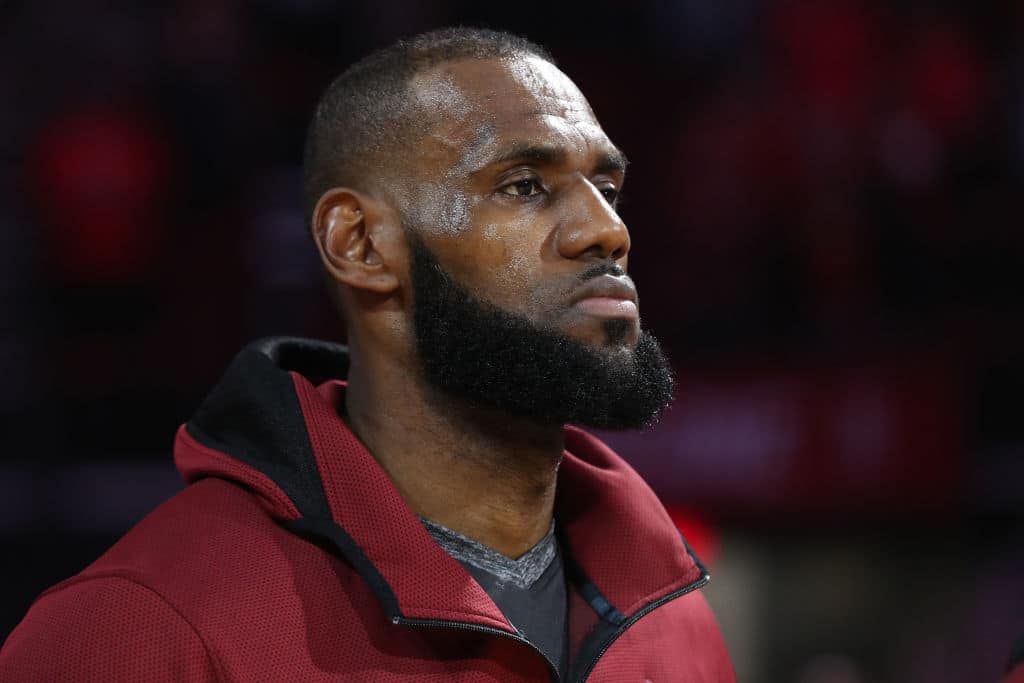 LeBron James put on his GM hat Saturday night, and opined that the Knicks erred by not selecting Dennis Smith Jr in last summer’s NBA Draft.

New York instead used the 8th pick on Frank Ntilikina, whose teammates were none too pleased with LeBron’s comments.

"That’s why I was pissed he said that. Come on. That’s a rookie. You cannot just say anything like that about him" #knicks https://t.co/qV7n2zExyd

The 19-year-old brushed off the furor James’ opinion caused ahead of the Cavs’ visit to Madison Square Garden tonight.

“In life people can think whatever they want,” Ntilikina said after practice Sunday in Tarrytown. “However, it’s not gonna affect us and me so whatever is said, whatever people think, me and the team are just getting focused on what we’re doing every day to improve.”

As to why James made those comments, also simple. The Cavaliers play the Knicks at the Garden on Monday. James is admittedly close to Smith. James probably meant it more as a shot at ex-Knicks president Phil Jackson, who drafted Ntilikina. Jackson ruffled James last year when he used the term “posse” referring to the superstar’s friends and business circle.

“This is my rookie. This is my team. This is my organization. I cannot just let [James] disrespect [Ntilikina] like that,” [Enes] Kanter said. “Frank’s doing an unbelievable job. Every day he’s working really hard. It doesn’t matter if it’s LeBron or whoever it is, I cannot just let him disrespect him like that. The coaches, the GMs, the president, this organization knows what they’re doing. That’s why I was pissed he said that. Come on. That’s a rookie. You cannot just say anything like that about him. I know LeBron is a really good guy … but why Knicks? There were like [seven] ahead of them.”