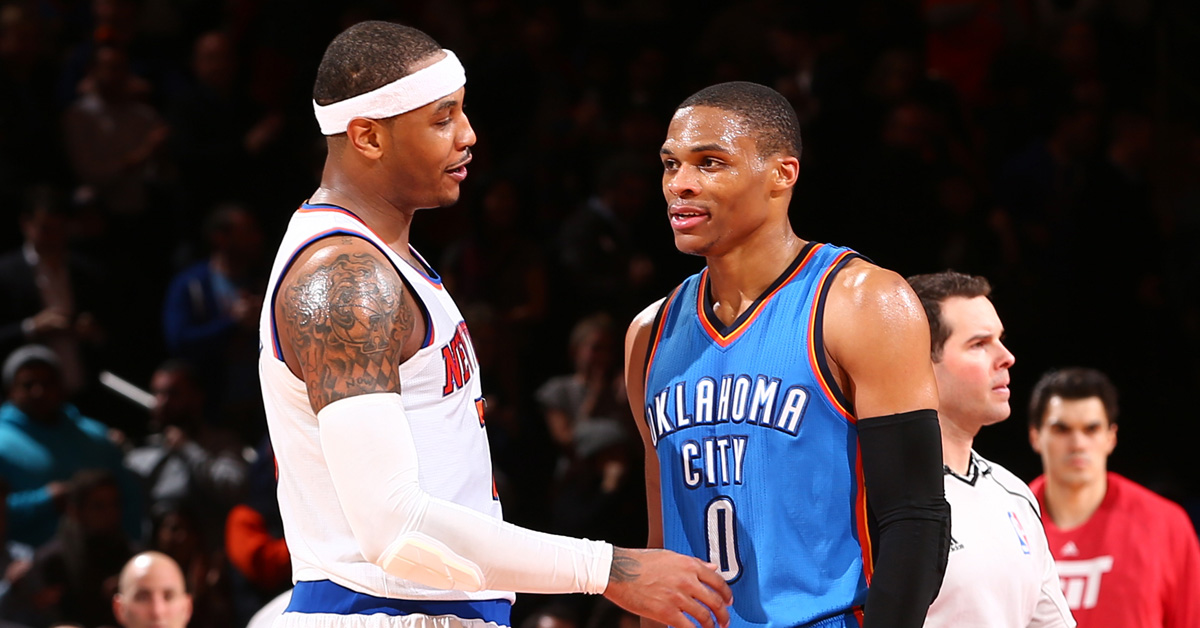 Carmelo Anthony has agreed to a trade that will send him to the Oklahoma City Thunder.

In return, the New York Knicks will receive Enes Kanter, Doug McDermott and a 2018 second-round draft pick, according to ESPN’s Adrian Wojnarowski.

New York has agreed to a deal to send Carmelo Anthony to OKC for Enes Kanter, Doug McDermott and a draft pick, league sources tell ESPN.

Carmelo originally singled-out the Rockets as a potential destination, but after the Knicks were unable to come to a deal, he reportedly expanded his list to include the Thunder and Cavs.

OKC also traded for Paul George over the summer.

Carmelo, 33, wanted to join a title contender, and he’ll get his wish playing alongside George and reigning MVP Russell Westbrook.