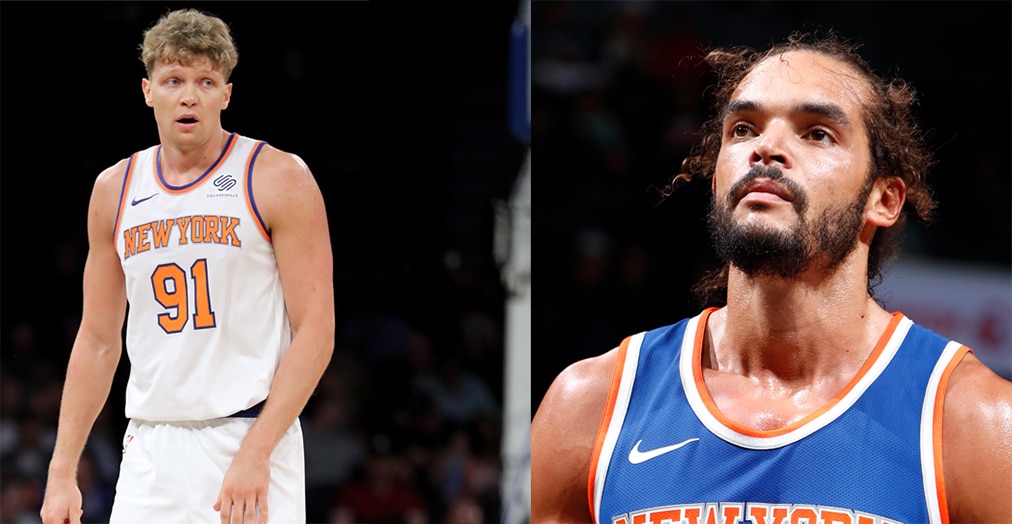 With Joakim Noah set to return to the Knicks after serving a 20-game suspension, the team’s waived 28-year-old forward Mindaugas Kuzminskas to have the proper roster space.

Noah was suspended for 20 games last March after violating the NBA’s anti-drug policy. The 32-year-old took an over-the-counter supplement that isn’t allowed in the League.

Noah said that he used the supplement to help him recover from one of his many injuries.

Second-year Knick Mindaugas Kuzminskas is in the final season of a two-year guaranteed contract worth $3 million. After appearing in 65 games last season (6 points and 2 rebounds per contest), Kuzminskas only got to see two minutes of action this season.

“The respect this franchise has for Mindaugas cannot be overstated,” Knicks GM Scott Perry said, via press release. “His professionalism and work ethic were greatly appreciated by his teammates, coaches and the entire staff. This decision was extremely tough for us. We wish him nothing but the best moving on with his playing career.”

The Knicks have started the season with a 7-5 record.