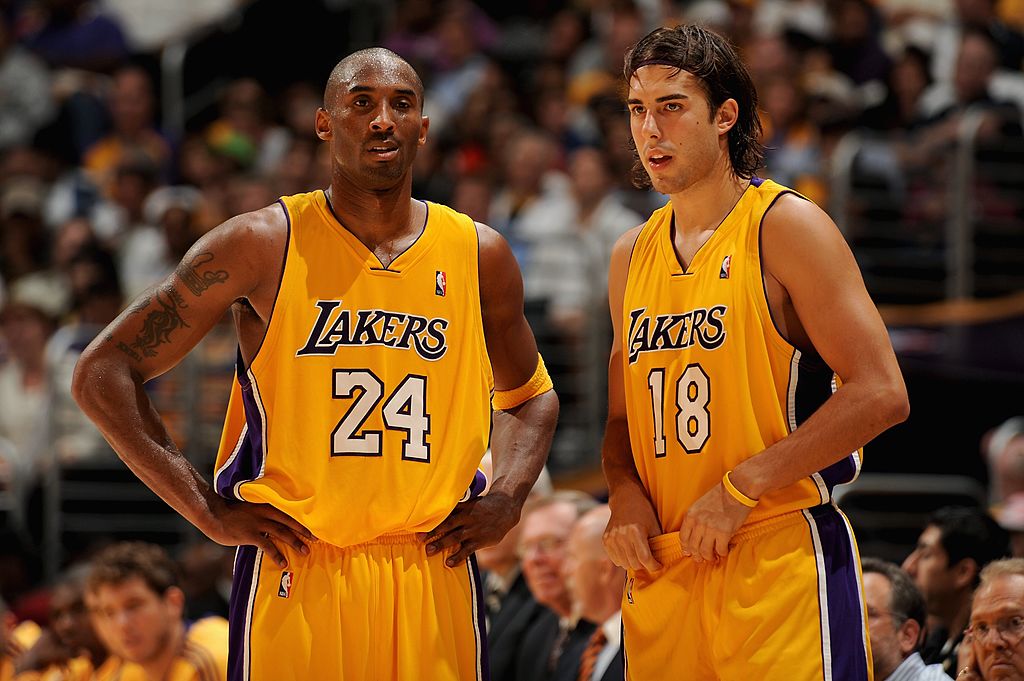 Kobe Bryant is by far the most ruthlessly competitive teammate Lamar Odom played with throughout his career, just ask poor Sasha Vujacic.

Odom tells the story of Bean launching an elbow into Vujacic’s grill for no apparent reason during a Lakers practice.

L.O. says Kobe’s level of toughness is something he’d never seen in the NBA before.

The Shaquille O’Neal trade in 2004 sent Odom to the Lakers after one season in Miami and started more lessons for Odom. He was forever a reluctant star – a versatile juggernaut who could play all five positions thrust into Kobe’s world. Once, he walked into practice with the Lakers and witnessed Bryant smash Sasha Vujacic with an elbow to the face, with no warning, no rhyme or reason.

Sure enough, Bryant became a partner for Odom, someone whom Odom still cherishes as a fierce competitor.

“No one was close to Kobe for me, his competitive spirit,” Odom told The Vertical. “I mean, D-Wade and Chris Paul … Chris Paul is second with his competitive drive, but Kobe Bryant, man, in the morning, man. He taught me to really finish off. To finish. Finish everything. I already had the Heat mantra instilled in me, lifting weights every day, which I started that season in Miami. I was cool with that, being around Kobe. You want to be strong, defend your spot and your territory when you play with Kobe.”