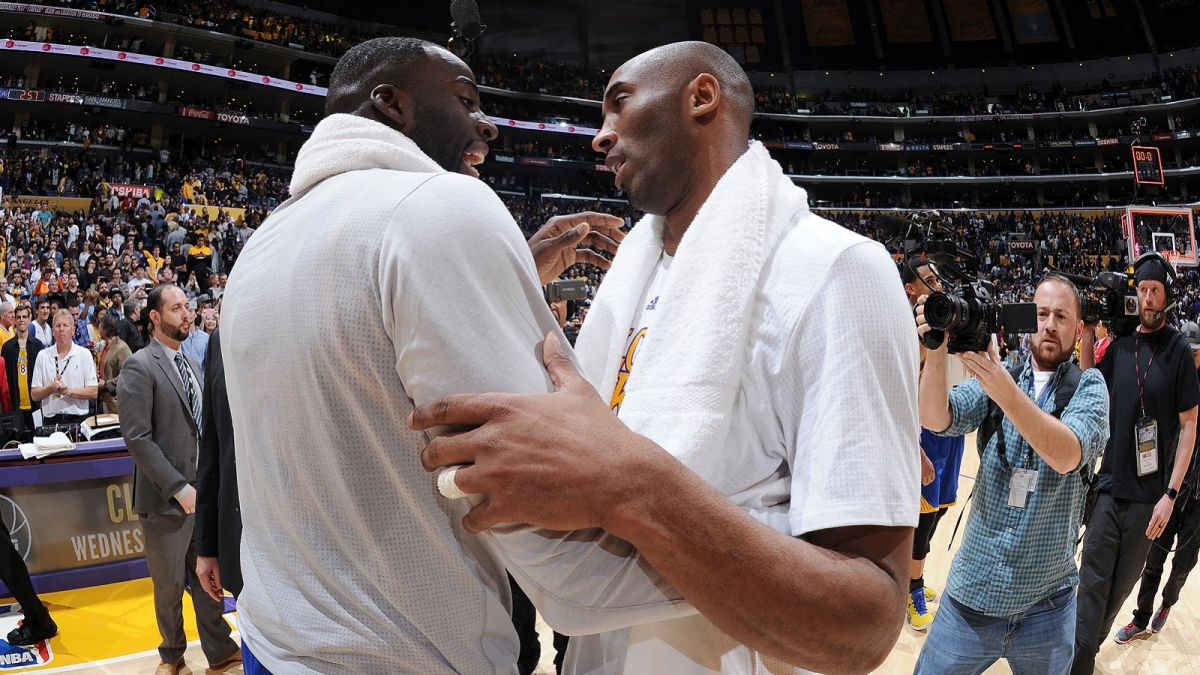 During his 20th and final year in the NBA, Kobe Bryant suddenly transformed himself into a wise old sage to the League’s younger stars.

Draymond Green was one of the players Kobe zeroed in on—they began chatting at All-Star Weekend in Toronto, and continued to text throughout the season—encouraging him to stir things up with the defending champion Golden State Warriors.

Bryant considers Draymond to be a “rare breed”, and one that can create the friction The Black Mamba believes every title team needs.

Bryant often was characterized as a jerk, someone who pushed, prodded, challenged and harassed his teammates. […] “It’s your job as a leader to bring out the best in people,” Bryant said recently. “If bringing the best out of people is being a jerk, then I think that as a society we need to reconsider what our perspective of being a jerk is.”

“If you talk to all my guys that we won championships together — the Shannon Browns, the Josh Powells, the Adam Morrisons — we love each other,” Bryant said. “We ride together through thick and thin. So if you ask them, they’ll look at you like you’re crazy. ‘What kind of question is that? He’s my guy.’”

“In the playoffs,” Bryant said, “there’s so much friction that emerges, there are so many tough things you have to go through emotionally, if the team is constantly on an even-keel path, when those moments of tension arise in the playoffs, your teammates won’t be used to handling them. … It’s like sailing on glassy water. If you do that all the time, and all the sudden the storm hits, you have no idea how to handle it. […] You have to have some guys on the team that are hitting those buttons every day in practice. You’re creating that tension, you’re creating competitive nastiness in practice. You have to have that in order to build up that internal fortitude.”