Kobe Bryant on Young Lakers Teammates: ‘Got to Let Them Develop’ 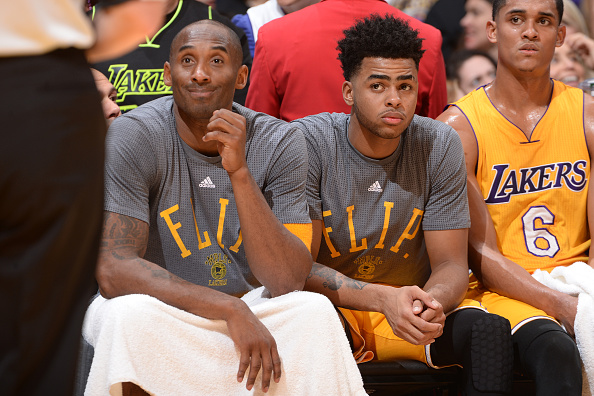 Kobe Bryant is no longer what he once was, but he’s still pretty damn good. The Lakers have a stable of young talent, including No. 2 draft pick D’Angelo Russell, so the transition from Kobe dominating the ball to developing the young guys is underway. Kobe says it’ll be tough to start ceding touches to the young guns, but he knows it has to be done. A lot of people have questioned whether KB will allow the development process to happen, but according to the Mamba, he’s willing.

Despite his advanced age and several recent season-ending injuries, the 37-year-old Bryant, now in his 20th season with the Lakers, still enjoys taking over games, or at least trying to, especially when his team is down big, as they have been many times in recent years.

But Bryant concedes it’s not easy to pull back.