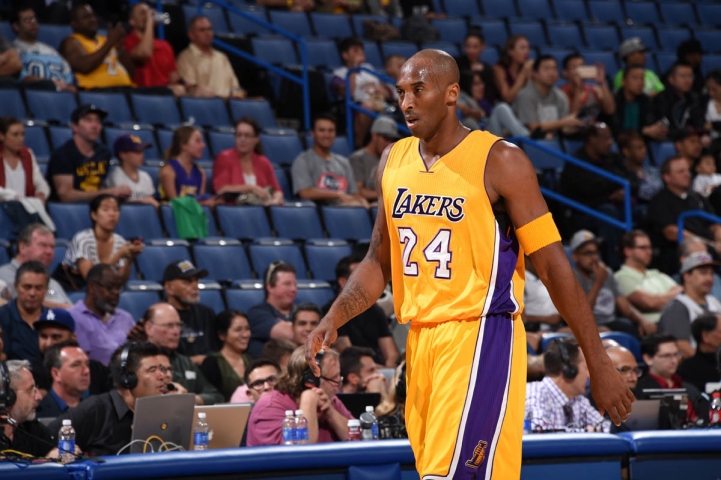 Prior to each season, virtually every basketball website in the universe ranks the top players in the NBA—be sure to check out the SLAM Top 50!—which routinely and predictably dissolves into heated arguments and hurt feelings.

Kobe Bryant, who we ranked 28th in the L, was asked for a response Thursday night to ESPN giving him the 93rd spot.

Kobe Bryant on 93rd ranking: ""Please don't ask me about silly stuff like that."

Kobe also said of being No. 93 in ESPN's #NBArank: "I don’t need to defend that. Nobody does really."

Bean called The Worldwide Leader a bunch of “idiots” last season after being ranked 40th; this time around he says the whole thing is just silly.

“Please don’t ask me about silly stuff like that,” Bryant said.

Still, Bryant expressed amusement over several of the 8,123 Lakers fans in attendance who had criticized ESPN’s player evaluations. […] “I heard a couple of those,” Bryant said. “I don’t need to defend that. Nobody does.”

Instead, Bryant allowed his play to speak for itself (in the Los Angeles Lakers’ 105-97 preseason loss to the Toronto Raptors), his 16 points coming on 5-of-11 shooting, three rebounds, three assists, two steals and two turnovers in 22 minutes. Bryant may have shuffled over from small forward to shooting guard as Jordan Clarkson played at point guard spot while D’Angelo Russell sat out with a bruised glute. But Bryant’s role appeared the same. He mostly worked off the ball and took an equal interest in both scoring and setting teammates up.