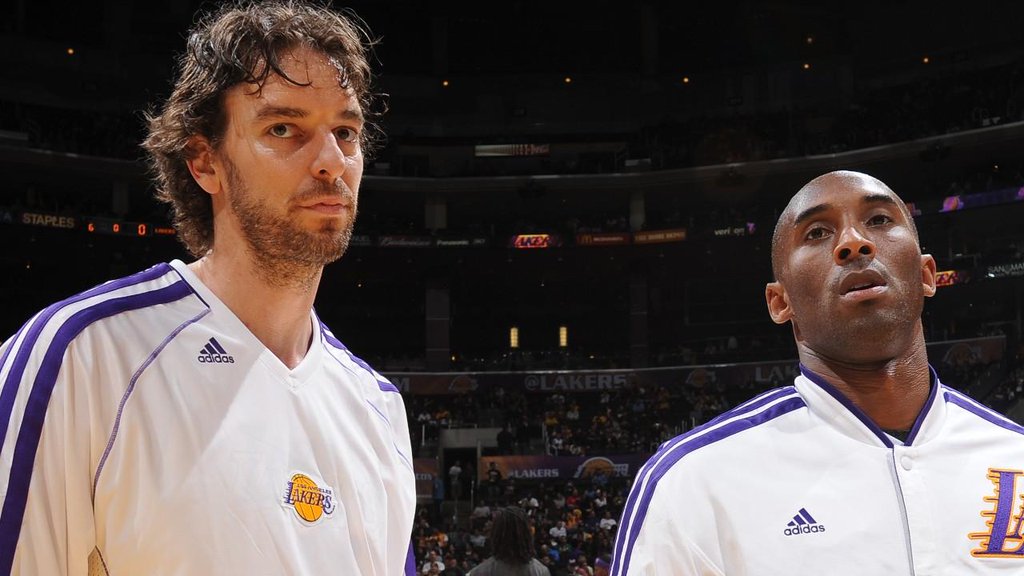 Gasol eventually left the Lakers through free agency two seasons ago, and Kobe believes the fanbase (and front-office) never truly realized his value.

Kobe said that Pau told him in '14 offseason, "I want to play with you forever, but what management did to me was disrespectful."

Bryant claims that he knew a 2008 NBA Finals trip was in the cards on Pau’s first score for the Purple and Gold.

“I thought that it was really silly and I felt bad for him going through all that stuff,” Bryant said Tuesday before the Lakers faced the Dallas Mavericks at Staples Center. “That’s why I defended him so much.

“I think the city of L.A. didn’t really appreciate what he did and what we had, and so as a consequence, everybody kind of fell in line with the [former Lakers coach] Mike D’Antoni rhetoric of small ball and all this other bulls—. For a guy that has two championships to be treated that way, you don’t do that, man.”

Bryant said his main memory of Gasol is a conversation the two had in February 2008, when Gasol first joined the Lakers after being acquired in a trade with the Memphis Grizzlies. […] “I immediately went to his room at the hotel — we were staying on the same floor — [and] I went to his room, we had about a 30-, 40-minute conversation,” Bryant said. “That’s the thing I remember the most because that was the beginning.”