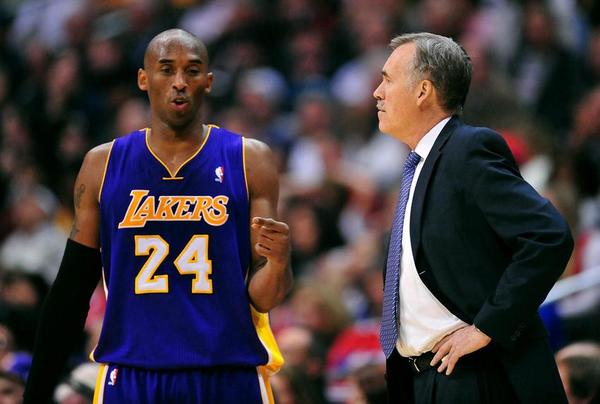 Kobe Bryant essentially shrugged when the news of D’Antoni’s resignation broke, but admits that he and D’Antoni simply couldn’t find common ground.

Bryant is pumped up about incoming head coach Byron Scott – Kobe feels that he and Scott are more philosophically aligned.

Kobe: "DAntoni and I didn't have the same philosophy on winning. For me, it's winning and no inbtwn…it's championship or a waste of time"

Q: On whether Scott is bringing back principles from the Lakers’ past:

Q: On the challenge of managing his minutes with Scott:

Bryant: “I don’t see it as much of a big deal. I’m kind of sensing today from how many times I’ve been asked that, it seems to be kind of a hot topic of conversation. I don’t really understand it too much. I think as you get older you have to learn to accept certain things you can and can’t do. I think there’s strength in that vulnerability. I don’t see it as much of an issue.”