Kobe Bryant Shooting for the First Time Since Shoulder Surgery 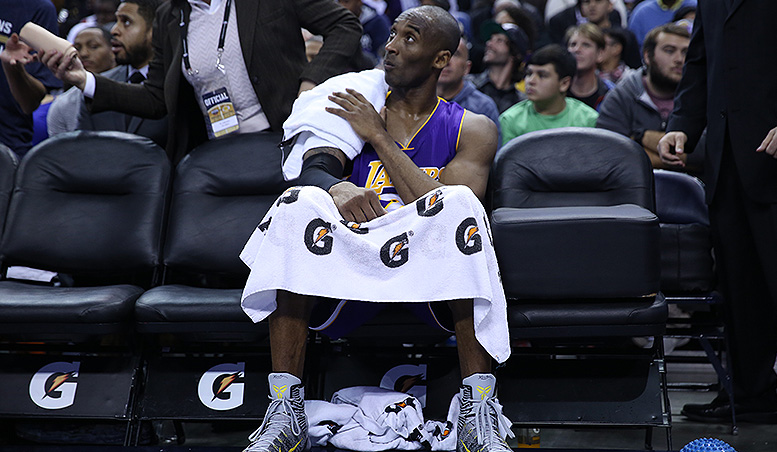 After seven months, Kobe Bryant is back in the gym and hoisting up jumpshots.

The Black Mamba made the announcement via Instagram over the weekend—Bryant, 37, had been unable to shoot since tearing his right rotator cuff Jan. 21 in a road loss to the New Orleans Pelicans.

Kobe is heading into his 20th NBA campaign; he appeared in 35 games in 2014-15 and underwent season-ending surgery to repair the right shoulder.

Per the Lakers’ team website and LA Daily News:

Bryant also missed the end of the 2012-13 season and all but six games of the 2013-14 campaign due to a torn Achilles tendon and a fractured knee. […] Bryant is entering his 20th season in the NBA and turned 37 on Sunday. He has already given the Lakers a goal for this year, and said he will consider retirement after this season.

“First day back on the court shooting! Bout Damn time!!” Bryant wrote on his Instagram account before including hashtags for shoulderrecovery, 20thseason, drinkbodyarmor and lakers. […] After wearing a sling for the first six weeks following surgery in late January, Bryant gradually increased his workload that entailed lower body exercises including squats, lunges and leg presses. But Lakers coach Byron Scott reported in early July that Bryant had not yet progressed to any shooting drills or upper body weight training. The Lakers have expected Bryant to make a full recovery at some point during training camp, but had not provided a concrete timetable on his short-term progression.

The Lakers are expected to conserve more of Bryant’s workloads this year, which could include reduced minutes and sitting out on back-to-back games.

Related
Kobe Bryant Plans to ‘Come Back With a Vengeance’