Kobe Bryant: Stephen Curry is the Toughest Player to Guard 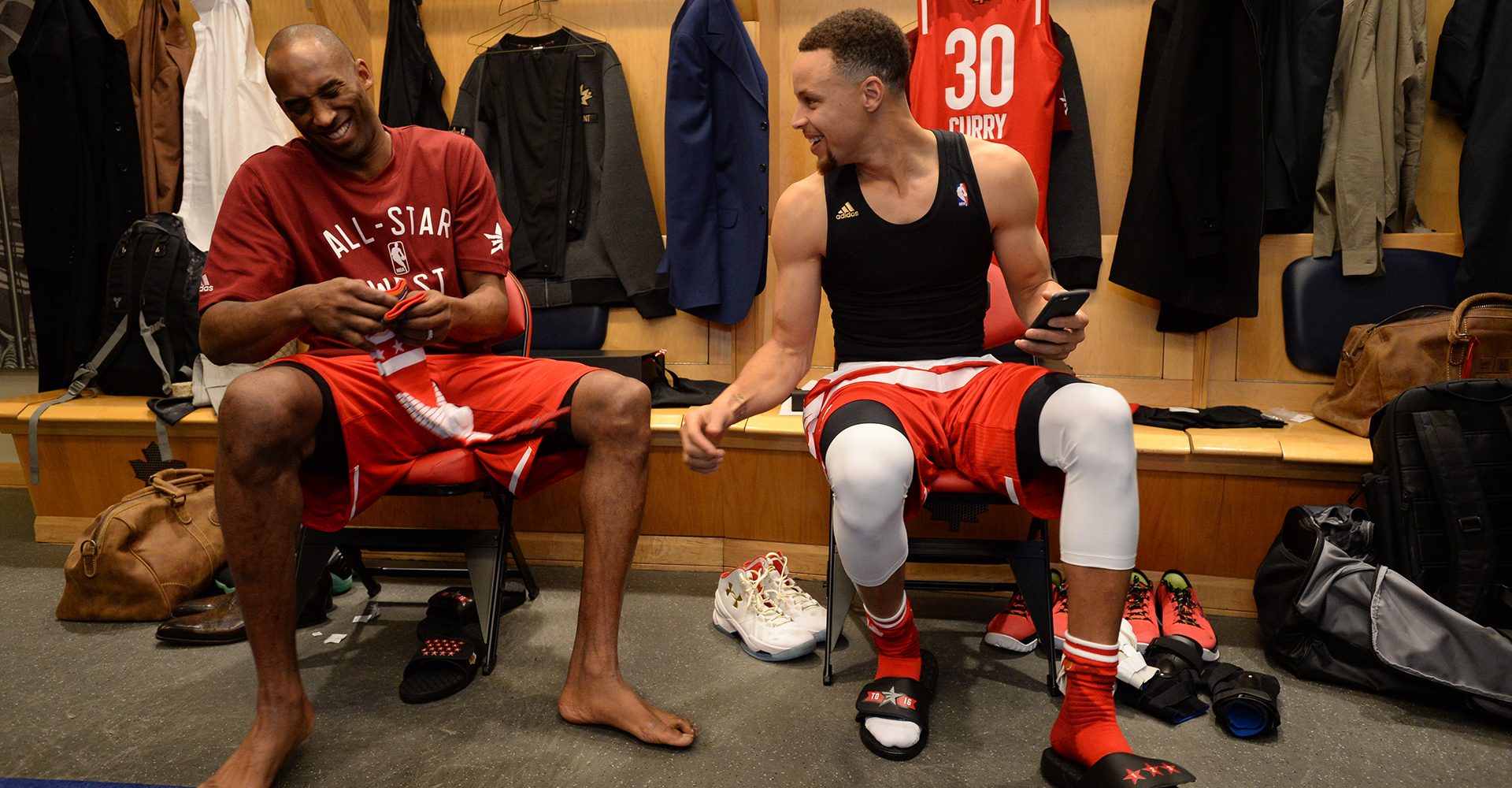 When asked earlier this week for his opinion on the NBA’s most difficult cover, Kobe Bryant quickly responded that it can’t be anyone else but Stephen Curry.

Kobe points to the reigning MVP’s moves on and off the ball, and his ability to create in one-on-one situations.

Who's the toughest NBA player to guard right now? Kobe: "It has to be Steph Curry. Has to be." Moves so well w/o the ball, great in isos.

As for Kobe’s Los Angeles Lakers, head coach Byron Scott continues to insist that they’re trying to win games and not looking forward to the Draft Lottery.

Byron Scott "No. 1 task is still win games. No. 2 task is to develop our young guys. In that order."#Lakers

The Lakers’ 128-119 defeat to the Memphis Grizzlies on Wednesday at Fedex Forum cemented a six-game losing streak. But that loss could turn into a win. […] With the NBA’s second-worst record, the Lakers (11-48) have a 55.83 percent chance of retaining their top-three pick that otherwise will go to Philadelphia.

“That’s a bad way to present to our team that we’re trying to lose so we can protect the top-three pick,” Scott said. “That’s a bad omen to me. We didn’t try to do that last year.”

Then, the Lakers went 21-61 and finished with the NBA’s fourth-worst record. They would have owed their pick to Philadelphia if it landed in the top five. But the Lakers landed at No. 2 and selected point guard D’Angelo Russell. Scott argued the Lakers benefitted from positive karma because his players still competed. […] “It sets a bad precedent, especially to this organization and people who have been in this organization for a long time,” Scott said. “I never even behind closed doors tell my players, tell my coaches, tell the trainers or anybody that we’re trying to lose games on purpose.”