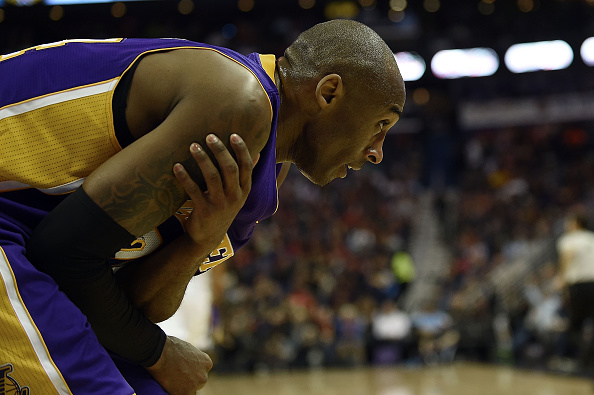 It’s official. On Wednesday Kobe Bryant underwent surgery to repair a torn rotator cuff in his right shoulder. According to a statement posted by the Lakers on their website, the surgery was successful (are these kinds ever not?) and Bryant will be out for around nine months.

Los Angeles Lakers guard Kobe Bryant, who injured his right shoulder in last Wednesday night’s game against the Pelicans in New Orleans, underwent a successful surgery this morning to repair a torn rotator cuff. The approximately two-hour procedure was performed by Dr. Neal ElAttrache and Dr. Steve Lombardo at the Kerlan Jobe Orthopaedic Clinic in Los Angeles. Bryant, who is expected to make a full recovery, will be out for approximately nine months.

“I expect Kobe to make a full recovery and if all goes as expected, he should be ready for the start of the season,” said ElAttrache.”

The obvious question here is whether Bryant decides to ever return. We can probably assume, given his personality, that he’ll give a comeback a go, but at this point, and at his age, you just never know.