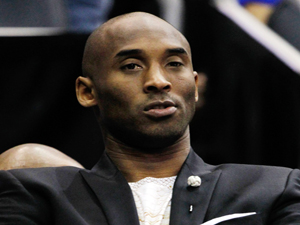 During an interview with ESPN’s Andy Katz, Los Angeles Lakers GM Mitch Kupchak said that Kobe Bryant won’t weigh in on the team’s search for a new head coach. Bryant has openly said that he would like a say in the decision, since he reportedly had no say when the team decided to hire Mike Brown and Mike D’Antoni. Brown was fired five games into the 2012-13 season, while D’Antoni resigned as coach last month. Via ESPN LA:

“From time to time we ask his advice,” Kupchak told ESPN’s Andy Katz at the NBA draft combine Thursday in Chicago. “He really won’t weigh in on something like this. I’m not even sure that we’ll talk to him prior to interviews. But from time to time, he is in our facility, I’ll go downstairs and I’ll talk to him about a bunch of different things.”

During an appearance last week on “Jimmy Kimmel Live,” Bryant publicly pined for a seat at the table when it comes time to choose the replacement for Mike D’Antoni, who resigned last month.

“On the last two they didn’t,” Bryant said, referring to former coaches Mike Brown and D’Antoni, both of whom failed to endure the length of the initial contracts they signed with the Lakers before parting ways. “On the third one, I’m hoping they do.”