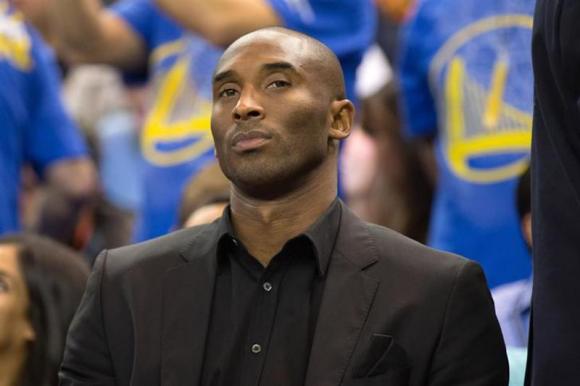 Kobe Bryant has sat mostly powerless and watched his Los Angeles Lakers stumble towards an abominable 20-39 record. Fear not, though, Laker fans: Kobe promises that things will turn around next season. At a promotional stop for his new sneakers on Saturday, Bryant told the haters to enjoy this dark time in Laker Land, because it won’t last very long according to the Black Mamba. Per Lakers Nation:

You just signed a two-year deal…talk about that means to you and what the fans can expect the last two years from Kobe.

Kobe: “This year, we all know it’s been a real tough year for us right? So what I’d like everybody to do is to really just sit back and just absorb this year. Take it all in. Sit back and watch and listen and hear all the hate that’s being thrown at us and remember every person that’s kicking you when you’re down because next year it ain’t gonna be this way.

“Appreciate it now. Let it sit in now, because revenge is sweet and it’s quick.”

There’s a lot of people that have had a lack of faith in the team and your recovery and all those things, but that’s all motivation [for you]?

Kobe: “You’ve got to appreciate that and enjoy that and use that as fuel as motivation to basically just shut everybody the hell up. It’s that challenge, that challenge that drives us all, I think, and definitely keeps me going.”

What is the Black Mamba mentality?

Are there any moments in your career that are really a true reflection of that mamba mentality?

Kobe: “The 81-point game would seem like that would be it but honestly last year at the All-Star break… that was it. Because it was like you know what I’ve got take this All-Star break, refocus, get in better shape and come back the second half of the season with no mercy and get this team to the playoffs, but that was tough. You’re five games back in the Western Conference, you’re pretty much a nail in a coffin.”