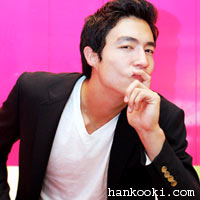 Even though he wasn’t able to play for Team USA after undergoing knee surgery earlier in the summer, Kobe Bryant is currently on a trip through Asia, where they’ve got his schedule jammed with appearances.

Let’s check in on him, shall we?

(And since I can’t write anything about Kobe without being accused of trying to smear him, this is all just straight reporting…)

• On Monday in Tokyo, Kobe ran a basketball camp for 170 kids at an outdoor park. He told the kids he does not have a favorite move. “I try practicing all of them,” he said.

• Tuesday, Kobe visited Disneyland Hong Kong, where he hosted a group of kids and joined them in a “day of Disney fun.”

• Thursday in Taiwan, Kobe delivered his “message and philosophy” to young people.

• In Seoul, South Korea, Kobe “hosted a talk show” today with Korean-American “heartthrob” Daniel Henney (left). Kobe was expected to talk about his life and career.

• Speaking to the media yesterday, Kobe said that Team USA will improve with time. “Years playing together will jell us as a unit,” said Bryant, “(but) if there is no chemistry, it’s going to be tough to beat all those talented teams.”

• Kobe is scheduled to run a clinic for young basketball players today, with his keynote speech entitled “10 Lessons For A Guard.”

• Finally, last night Kobe attended a Nike-related party in Hong Kong. Linkstigator Garry was in the house and he noted the debut of “Kobe’s latest sneaker collaboration with graf artist Stash (the shoe and letterman jacket package is selling for HKD 8,024/USD 1,024 — but that’s another story) here in Hong Kong.” Garry also says Kobe explained the genesis of his new number 24 — 24 minutes in a half, 24 hours a day he’s working at his game.