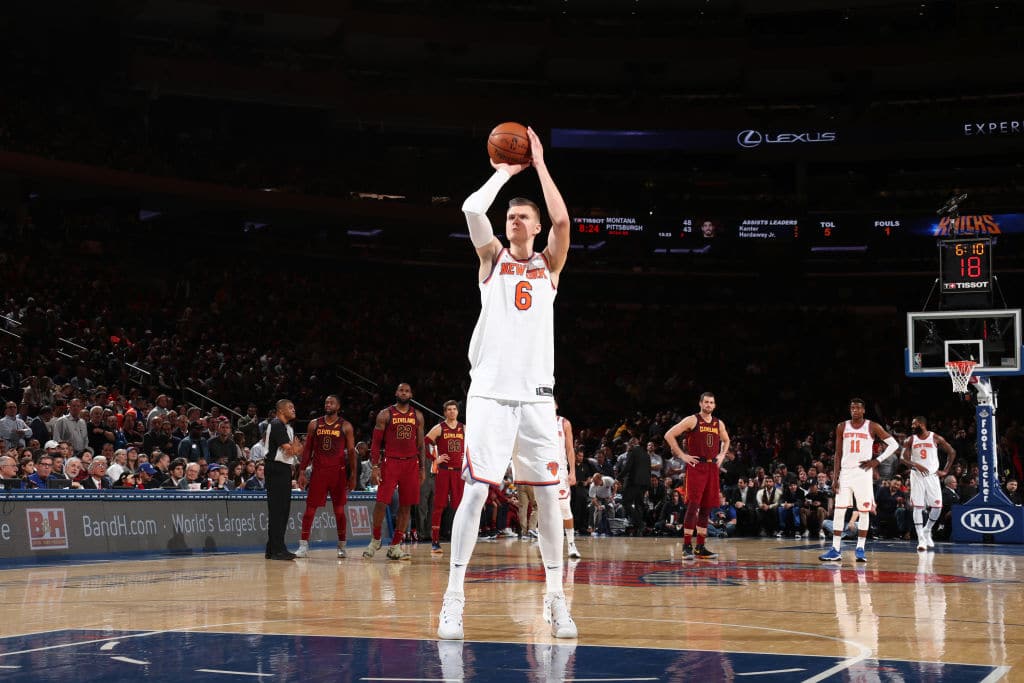 Without the spectre of former team president Phil Jackson and the Triangle Offense hanging over everything, Kristaps Porzingis says the New York Knicks are more confident in executing their offense this season.

Head coach Jeff Hornacek is able to run “his own stuff” now, according to Porzingis.

The 22-year-old grew frustrated with Jackson’s leadership last season, and has thrived in the new environment.

“This year you can feel that Jeff has more, he’s running his own stuff without anybody coming in and telling him what to do or how to do so I think from the top down you can feel that there’s more confidence in what we’re doing,” Porzingis said in an interview with ESPN Radio’s The Michael Kay Show on Tuesday. “It’s a better feeling this way.”

Hornacek addressed the same topic earlier Tuesday when he was asked about LeBron James’ assessment of the Knicks’ offense.

After leading the Cavs to a come-from-behind win over New York on Monday, James said that the Knicks’ offense is more effective because Hornacek has the freedom to run what he chooses. “I think Jeff, the coach, Jeff Hornacek is finally — with the release of the old fella, he’s finally allowed to implement what he wants to do on the team and he’s showing it’s very effective,” James said.