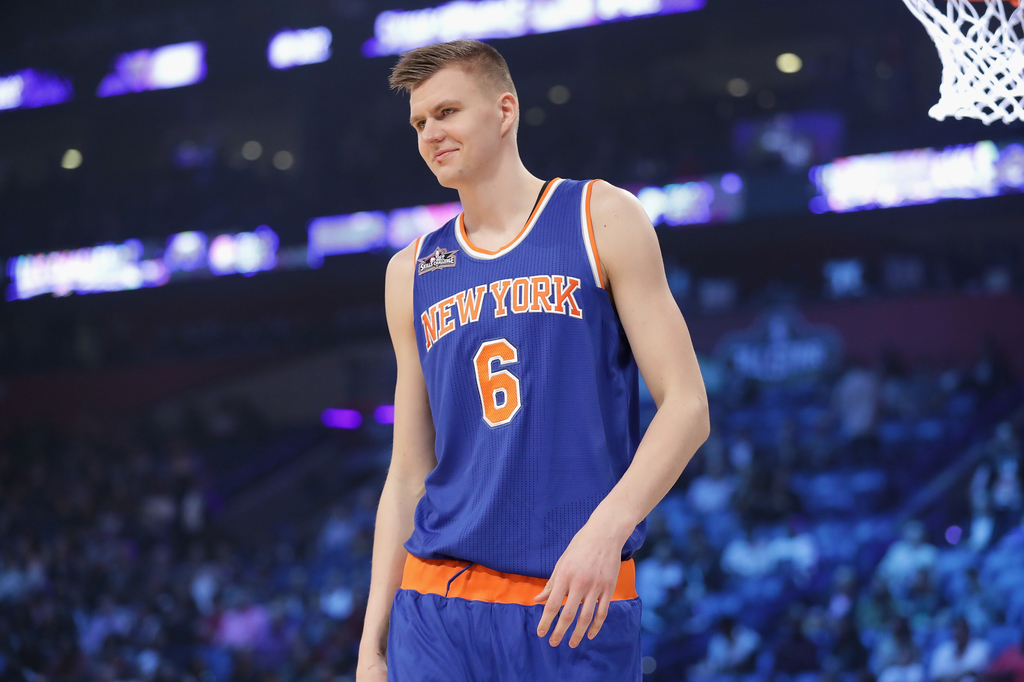 The New York Knicks are confused “from top to bottom” according to Kristaps Porzingis.

Team president Phil Jackson continues to shove the Triangle Offense down the throats of his players and coaching staff, who have dropped seven of their last ten games.

Carmelo Anthony: "Middle of march and we’re still talking about the system we’re running instead of playing basketball." #Knicks

After the Knicks’ loss to the 12-win Brooklyn Nets on Sunday, Porzingis said there is “a lot of stuff that’s not clear” for players, adding that it’s “hard to play like that.”

Porzingis, the No. 4 overall selection in the 2015 draft, said the Knicks’ offensive sets under new head coach Jeff Hornacek are “random” and that his teammates “don’t know the triangle well.” […] “We’re really basic [with] what we do,” Porzingis said. “A lot of times it’s — especially one on one — whoever it is, myself, Carmelo [Anthony], Derrick [Rose], Courtney [Lee], we try to make something happen and that’s not how it’s supposed to be. It’s very random.”

“We’ve been switching things up because at any point of this season we [haven’t] played like we wanted to,” Porzingis said. “It was like, ‘maybe this will work, maybe this will work.’ So we’re kind of looking for stuff. Coaches, they obviously try to do the best job they can and [are] giving us as much as they can so we have the information. But we never really got it all together and were able to execute the way we should have. It’s been a lot of confusion.”