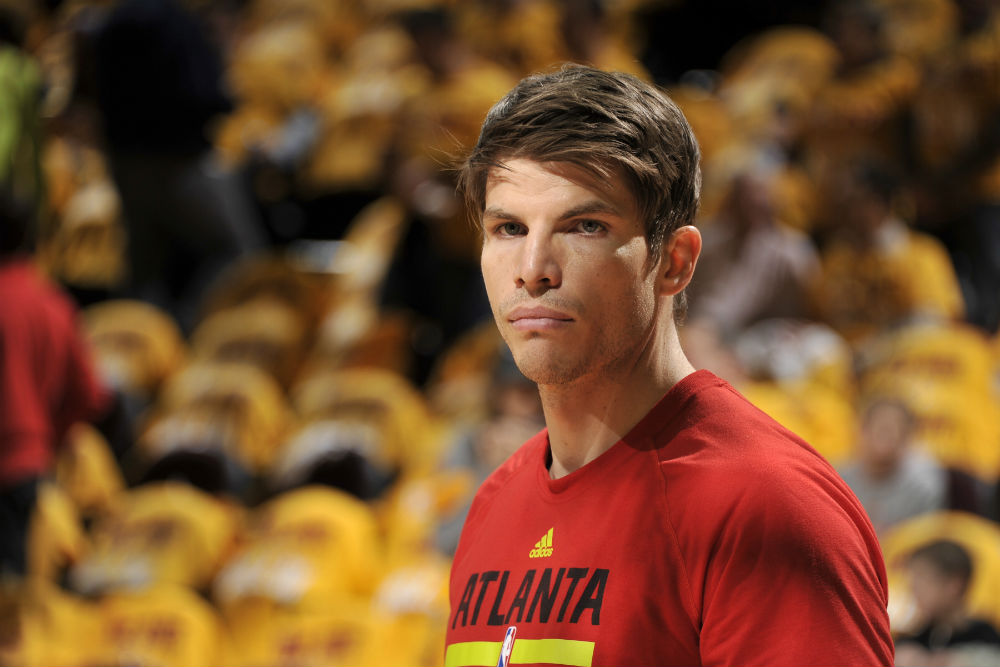 Kyle Korver has played for the Hawks since 2012. He found a home in Atlanta and revitalized his career, making the 2015 All-Star squad and helping the Hawks to a 60-win season. In his four-plus seasons down south, he averaged 11 points on 45% shooting from distance.

According to The Vertical’s Adrian Wojnarowski, the 35-year-old is headed to the Cavs in exchange for Mike Dunleavy Jr and a protected 2019 first round draft pick. Hawks beat reporter Chris Vivlamore says that Mike Budenholzer pulled Korver away from the team ahead of tonight’s Hawks/Pelicans game.

Vertical Sources with @ShamsCharania: Atlanta is finalizing a deal to send guard Kyle Korver to the Cleveland Cavaliers.