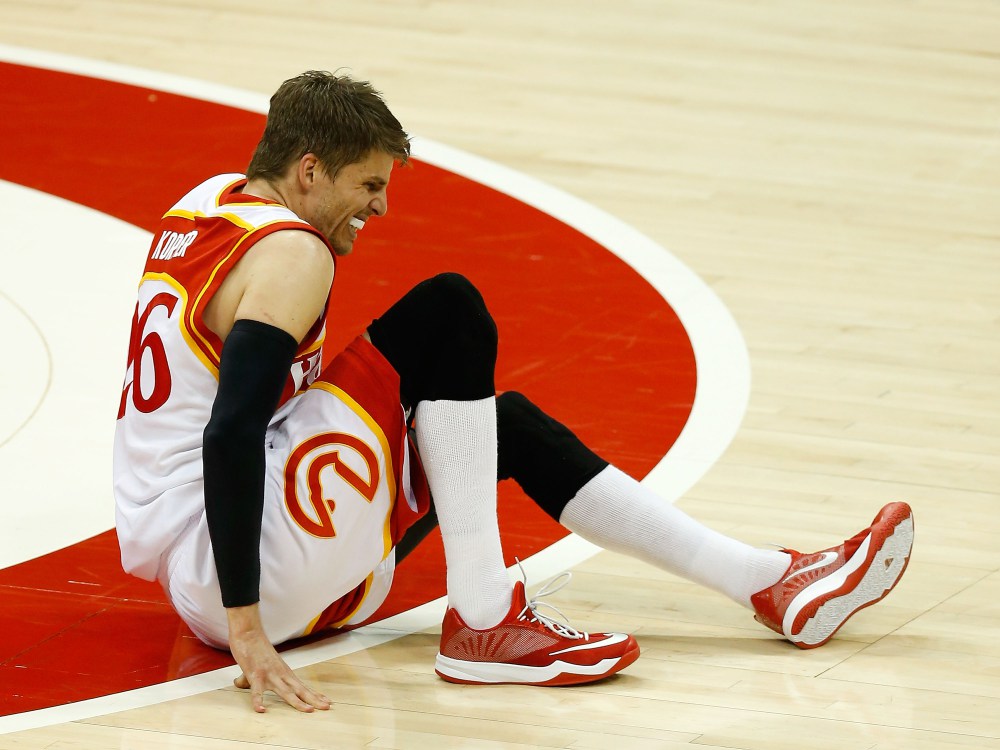 Atlanta Hawks sharpshooter Kyle Korver was lost for the remainder of the series after getting hurt in Game 2 of the Eastern Conference Finals. He’s now set to undergo right ankle surgery.

Kyle Korver tells me he will have surgery tomorrow on his ankle.

Korver suffered a severe ankle sprain after Cleveland Cavaliers backup guard Matthew Dellavedova crashed into his leg while diving for a loose ball.

Dellavedova, speaking to reporters prior to the Cavs’ sweep of Atlanta to reach the NBA Finals, said he contacted Korver and apologized.

Matthew Dellavedova upon hearing Kyle Korver having surgery: "Not what I wanted to hear. It's unfortunate. I didn't want that to happen."

Dellavedova text Kyle Korver to apologize and Korver responded, but Delly didn't go into what he said. Didn't sound like Korver forgave him.

Korver went to New York on Tuesday to get a second opinion from a specialist and it was determined he’ll need an operation to repair his ankle. Hawks coach Mike Budenholzer did not say what damage Korver has in his ankle and there is no timetable for his return.

The NBA’s best 3-point shooter in the regular season, Korver was injured when he was scrambling for a loose ball and his ankle was rolled on by Cleveland’s Matthew Dellavedova.

Korver made 221 3-pointers this season, helping the Hawks win 60 games and get to the conference finals for the first time since 1993-94. Korver made a 3-pointer in 51 straight games this season. He holds the league record with 127 consecutive games.