Kyle Kuzma: Lakers ‘Gave Up’ in Loss to Thunder 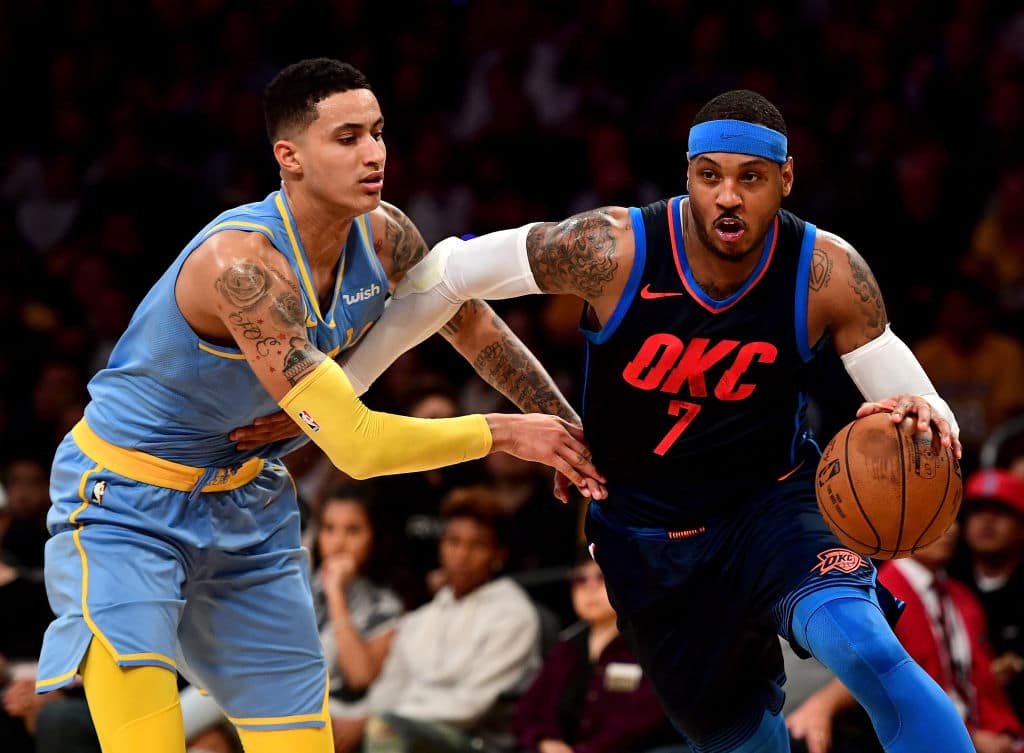 According to Kyle Kuzma, the Los Angeles Lakers “flat-out gave up” Wednesday night, in a humiliating 133-96 loss to the visiting OKC Thunder.

Kuzma says his squad—which has now lost eight in a row—became selfish after falling behind to OKC.

With Paul George in the house, Lakers 'flat-out gave up' in loss to OKC https://t.co/xpSt4UKe7N

“We gave up,” Kuzma said. “You could see, they got basket after basket, we had no resistance on them on the defensive end and offensive end. When things got tough, we tried to do it individually, and you can’t do that in this league.

“They took a little lead, and we just went to being selfish on the floor. We didn’t compete on defense. They killed us. … To lose by [nearly] 40, it is pretty embarrassing to be out there.”

The Lakers had a team meeting last Thursday, a “heart-to-heart” in which players aired out their issues, ranging from playing time to the team’s direction building toward next summer when management hopes to revamp the roster.

“It felt a little bit like we gave in or we felt sorry for ourselves a little bit, which isn’t who we are as a group,” Walton said of the Lakers, who aside from a six-point double-overtime loss to Houston have lost their other five most recent games by an average of 19.4 points. “I am going to have to check the tape to see why we completely stopped competing out there.”