Kyle Lowry and DeMar DeRozan Say Their Games are ‘Trash’ 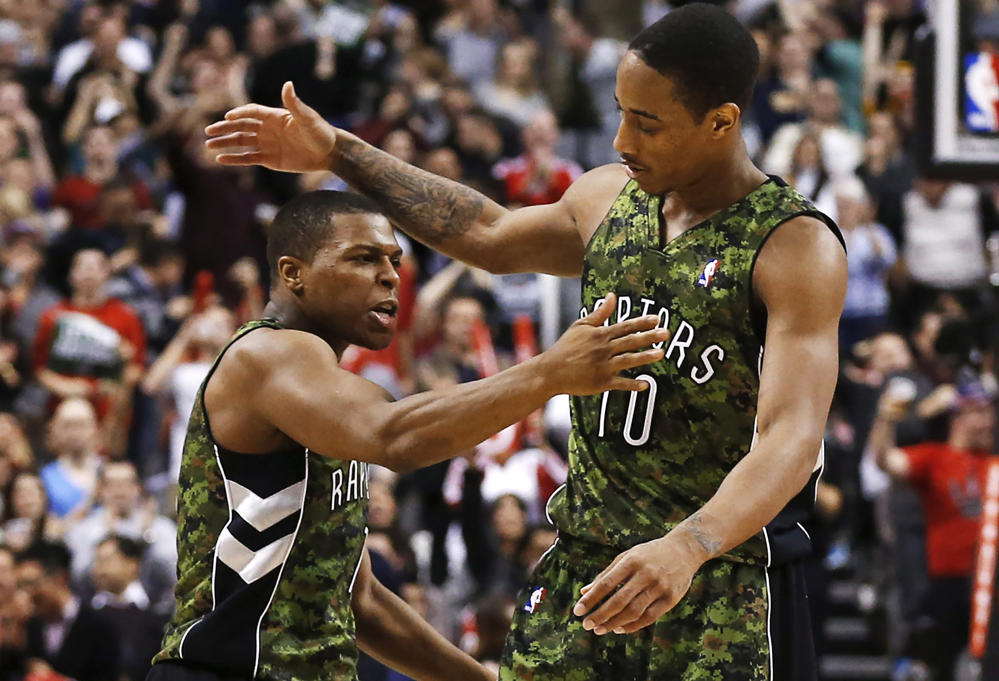 Toronto Raptors guards DeMar DeRozan and Kyle Lowry are, if nothing else, brutally honest about how they’re playing at the moment.

The backcourt duo has shot around 36% this month, and the Raptors have stumbled to a 4-5 record in February.

DeRozan has put up 16.6 points a game in January, and improved slightly to 17.4 in February.

Asked to describe his game at the moment, Lowry had a quick response: “Me? I’m trash,” Lowry told reporters. “I’m trying to figure it out right now, to be honest with you. I don’t know (how to fix it), that’s why I’m in here, working hard and trying to figure out what to do to get myself back on track.”

“Right next to the trash can (that Lowry’s) is. Both trash,” DeRozan said, matter-of-factly as he signed merchandise following his media scrum.

“I don’t know what it may be, find a rhythm (after missing so much time due to injury), whatever it may be, but it happens,” DeRozan said. “You really realize who you are when you hit adversity and how you get through it. That’s all it is, it’s just we’re both not playing as we expect ourselves to play, especially with the hard work that we put in. We understand that we’re going to stick with it and aren’t going to hold our heads. Once it turns around, I think it’s going to be a scary sight. […] It’s just been difficult, with me personally, coming back from injury, not really having the amount of practice because we have back-to-backs, days off, whatever it may be, but at the same time we’ve got to get smart, try to rest and get treatment as much as possible. I understand that was going to be the tough part of it. The more games I play, the more comfortable I feel and get out of this little slump or whatever you call it. It’s going to be better in the long run.”