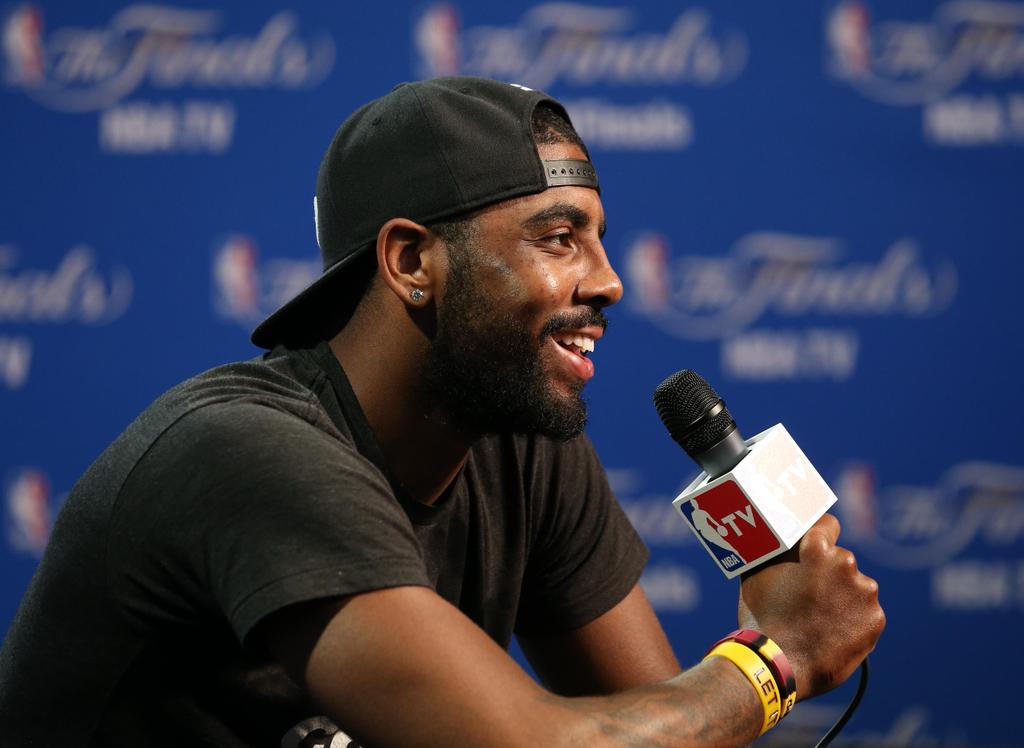 Cleveland Cavaliers All-Star point guard Kyrie Irving spoke to the media for the first time Wednesday since he suffered a season-ending knee injury in Game 1 of the NBA Finals.

Irving downplayed any concern about playing through various leg injuries this postseason—calling his broken left knee cap a “freak play”—and the 23-year-old said he has no regrets.

In other Uncle Drew news: dude has a tattoo on his forearm paying homage to the old TV show “Friends”, which may be the strangest tat in the entire League.

After being slowed by tendinitis during the postseason — he sat out two games in the Eastern Conference finals — Irving knew there were risks when he took floor in the opener. However, he said doctors told him the tendinitis did not make him more susceptible to other injuries and he wanted to play. […] “Obviously, there was a risk going out there playing anyway, no matter what,” he said. “It was just a freak play.”

“It wasn’t about the minutes or anything like that that everyone wants to kind of speculate about,” he said. “It was me who decided to go out and play, put my body on the line.” […] Irving said the left-to-right move he tried was something he had done “a thousand times.” He attempted to stop and believes he made contact with Warriors forward Klay Thompson.

His injury — and the one to (Kevin) Love’s left shoulder that ended the forward’s season — have made the challenge tougher on the Cavs. […] “Everything that we’ve had to endure all season, all the goals we set, now we have to go out and accomplish it,” Irving said. “Now I’m just sitting back as a fan and enjoying it.”