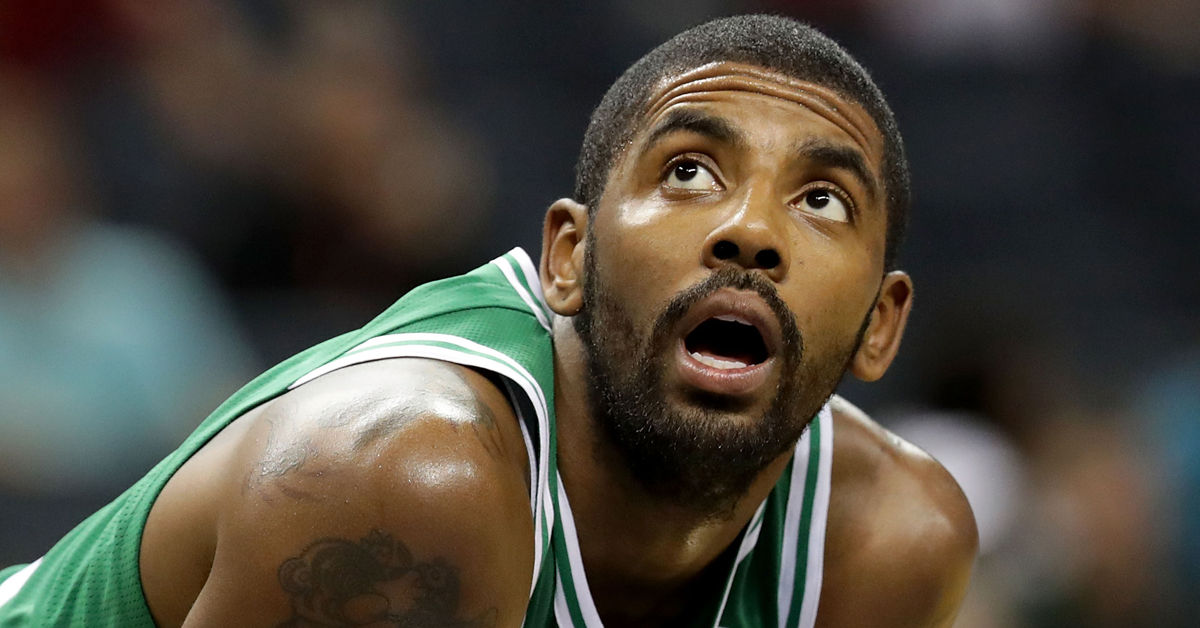 Kyrie Irving was preparing to film a scene for his upcoming “Uncle Drew” movie when the cast had to break the news of his trade to the Celtics.

According to Reggie Miller, who plays one of Drew’s teammates in the movie, Kyrie didn’t have his phone when the trade was first reported.

“We’re on this small van getting ready to shoot a scene and all of our phones ding at the same time, except for Kyrie’s. He didn’t have his phone.

“And we looked at our phones, and C-Webb, he looked at us like, ‘Kyrie Irving’s been traded to Boston, right?’ And we’re looking at one another like, ‘Should we tell him?’

“Obviously we had to tell him because he was like right in front of us. So we all showed him the phone.

“It was so funny, his expression. He looked at it and was like, ‘Huh. OK, let’s do this.’ And that’s how we all found out that he had been traded to the Boston Celtics.”

RELATED:
Kyrie Irving Not Nervous About Opening Night in Cleveland