Kyrie Irving Missed a Game Due to Bed Bugs 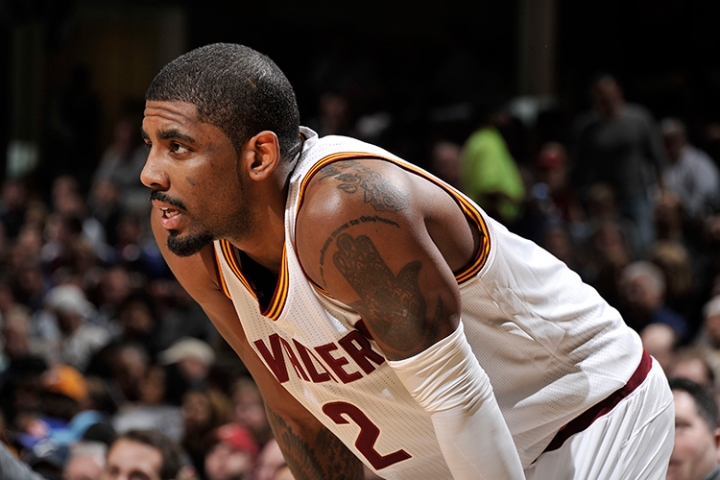 The Skirvin Hilton in Oklahoma City is said to be haunted, and the hotel’s nasty bed bugs caused Kyrie Irving to sit out much of the Cleveland Cavaliers’ tilt Sunday against the Thunder.

The Cavs overcame Irving’s absence and some unruly fans to earn a big road win.

Uncle Drew was back in action last night and scored 30 points, but Cleveland fell 96-88 to the visiting Detroit Pistons.

Somehow, Kyrie Irving managed to overshadow a lousy team performance with four minutes in front of the cameras that left everyone scratching their head. And arms. And legs. Apparently Irving didn’t have the flu Sunday at Oklahoma City. He had bed bugs. […] “Just imagine how freaked out you’d be if you saw friggin five, big ass bed bugs just sitting on your pillow,” Irving said. “I woke up itching and I’m just looking around and I’m like, ‘Are you serious right now?’ It was 3 a.m. and I was so tired at that point.”

Irving had such a lousy night’s sleep Saturday night – he totaled about three hours and spent much of the evening on the couch in his hotel room – that he couldn’t play the next day in a nationally televised game against the Thunder in what was perhaps the Cavs’ biggest remaining regular season game. […] Irving became nauseous during the game – hence, the team’s claim he had flu-like symptoms – and he checked out in the first quarter and didn’t return. He even lifted his cap Monday night to show reporters a bite on his forehead. Irving said other teammates had a bad night, too, although most of the locker room had cleared out before he spoke to reporters.

“It is what it is. I feel like I got the worst of it,” Irving said. “I wound up sleeping on the couch, waking up my back was tight. It was a long night.”

UPDATE: The hotel issued an apology to Kyrie, and this was deemed an isolated incident by the environmental health inspectors from the Oklahoma City-County Health Department:

“The comfort of our guests is a top priority and we are very sorry to hear about Mr. Irving’s stay,” Hilton said. “Since bed bugs can be easily transmitted anywhere and are often lodged in luggage or on clothing, our hotel maintains high levels of vigilance and we perform regular inspections.”