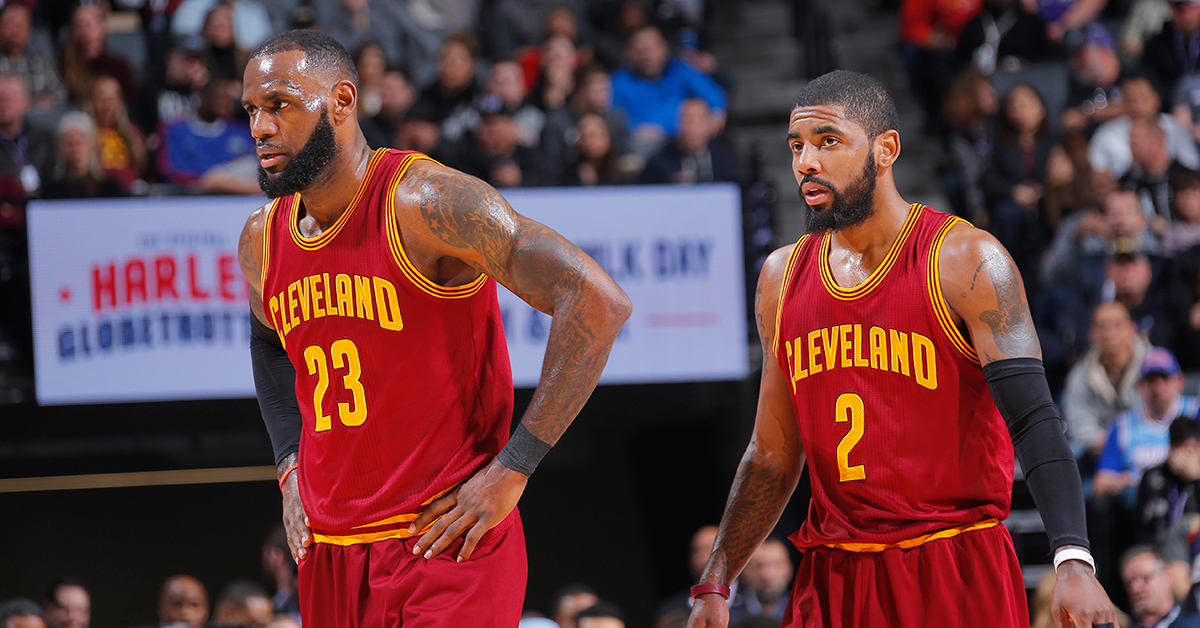 Cavaliers star Kyrie Irving reportedly thought LeBron James wanted him out of Cleveland after hearing about a trade that would have sent him to the Phoenix Suns.

Kyrie thought the trade talks must have been LeBron-approved, and according to Broussard, that became “the final straw” (starting at 3:25):

“The final straw as to why [Kyrie] wants out of Cleveland… I’m told that the Cavaliers had a deal done heading into the draft.” […]

“Cleveland would send Kyrie to Phoenix, which does want Kyrie. (Suns owner) Robert Sarver wants Kyrie Irving. […] Phoenix would send Eric Bledsoe and the No. 4 pick back to the Cavaliers.

“The Cavaliers would send the No. 4 pick to Indiana for Paul George. So you’re getting Eric Bledsoe and Paul George for Kyrie Irving. Now, that was going to happen.

“Dan Gilbert goes to LeBron and goes, ‘Look, we’ve got this deal on the table. I’ll do it if you commit long-term to stay in Cleveland.’” […]

“But [LeBron] would not commit, so Dan Gilbert would not do the deal.

“Now, Kyrie Irving finds out about the deal. […] And he rightly assumed that there’s no way the Cavaliers are doing this unless LeBron gives consent.

“That’s why he got mad with LeBron. He thought LeBron was in on it.

“LeBron’s take was more, Look, I’m not trying to trade Kyrie Irving. He’s great. But that’s a heck of a deal—Eric Bledsoe and Paul George. So if you do it, hey, that’s a great deal.

“But Kyrie took it as LeBron wanted him out of there.”