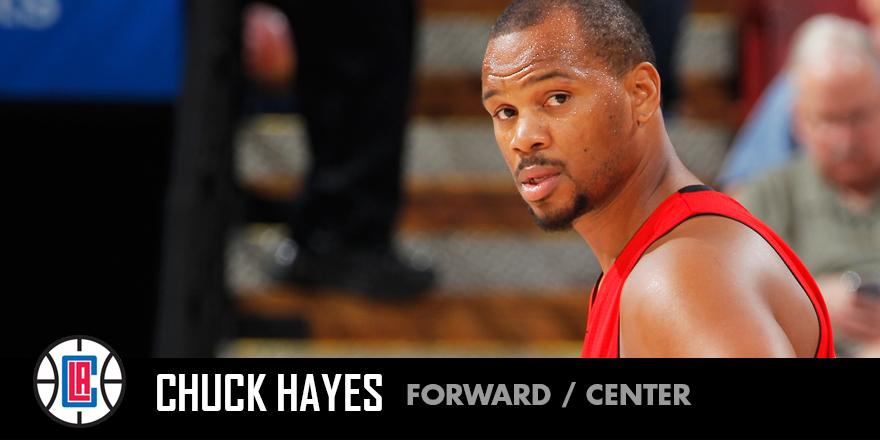 After his agreement with the Houston Rockets recently fell through, free agent big man Chuck Hayes has landed in Los Angeles.

The Clippers announced Monday night that they’ve inked the veteran to a reported one-year pact.

Hayes, 32, has averaged 3.7 points and five rebounds per game during his 10-year NBA career. He played sparingly for the Toronto Raptors last season. The brawny 6-foot-6, 242-pounder originally committed to sign with the Houston Rockets this offseason, but his agent Calvin Andrews said last week the franchise reneged on the offer because of limited roster flexibility and other financial considerations.