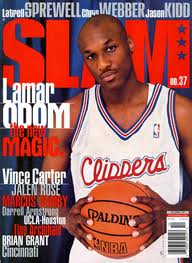 After a snag or two seemingly delayed the deal, Lamar Odom is officially a member of the L.A. Clippers, with Mo Williams moving to Utah in the four-team trade. More details, courtesy of the L.A. Times: “The Clippers filled one of their pressing needs to secure a talented big man when they acquired Lamar Odom from the Dallas Mavericks in a four-team trade that sent guard Mo Williams to the Utah Jazz on Friday. After Williams exercised his $8.5-million player option for next season, the Clippers and Mavericks were able to conclude the deal to send Odom back to the Clippers, the team that drafted him in 1999. With the versatile 6-foot-10 Odom, the Clippers have a backup big man to play behind power forward Blake Griffin and center DeAndre Jordan. ‘I’m looking at this like it’s a good fit to be going back to the Clippers,’ Odom said. ‘I think that the Clippers have some very good pieces. I like the way Chris [Paul] and Blake compete. I think basketball-wise, it’ll be pretty easy for me to play with this team.’ … As part of the Odom deal, the Clippers sent the draft rights of their second-round draft pick, Turkish forward Furkan Aldemir, to the Houston Rockets. The Jazz could take on Williams’ $8.5-million salary and not have to send a player to the Mavericks because the Jazz will give Dallas the trade exception it got by trading Mehmet Okur to the New Jersey Nets last season. Dallas will also get draft picks from Utah and cash from Houston.”