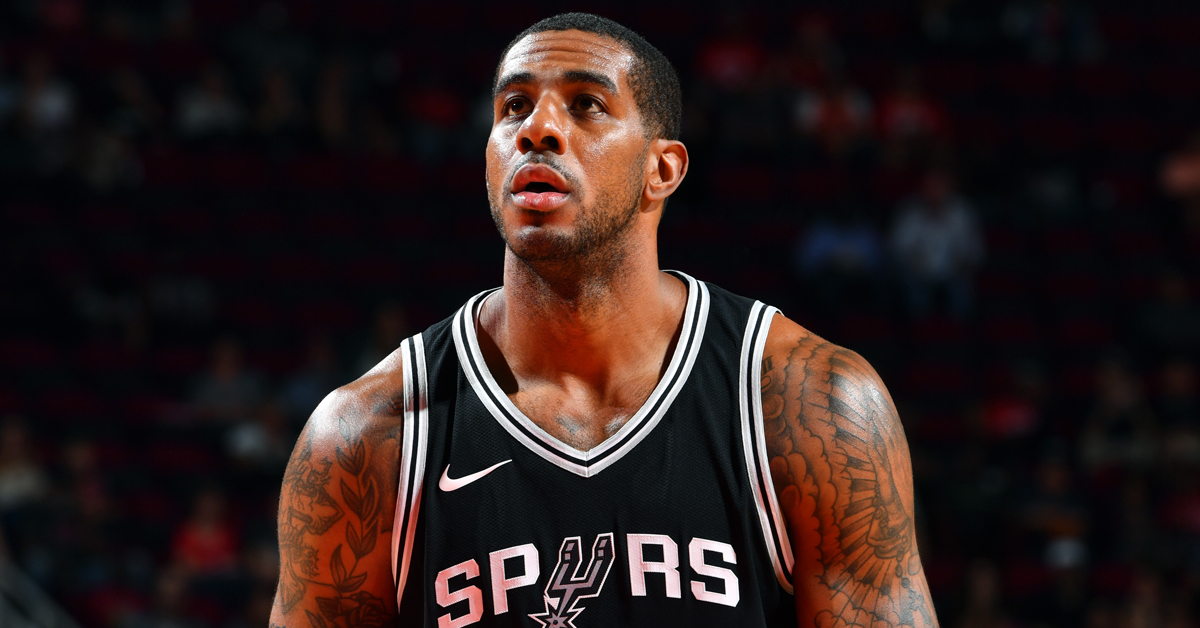 According to ESPN’s Adrian Wojnarowski, the deal includes a partial guarantee in the third-year.

ORIGINAL STORY: LaMarcus Aldridge and the Spurs are engaged in “serious” talks on a contract extension, reports ESPN’s Adrian Wojnarowski.

LaMarcus Aldridge and the San Antonio Spurs are engaged in talks on a contract extension, league sources tell ESPN.

After patching things up with Gregg Popovich over the summer, Aldridge can reportedly opt-in for $22.3 million in 2018-19 and extend his deal three more years.

There’s an 11:59 deadline on Monday for Aldridge to reach an agreement with San Antonio that would allow him to opt in to the $22.3 million player option on his 2018-19 contract and extend his deal for a maximum of three additional years.