LaMarcus Aldridge: Wrong for Golden State to Have Four All-Stars 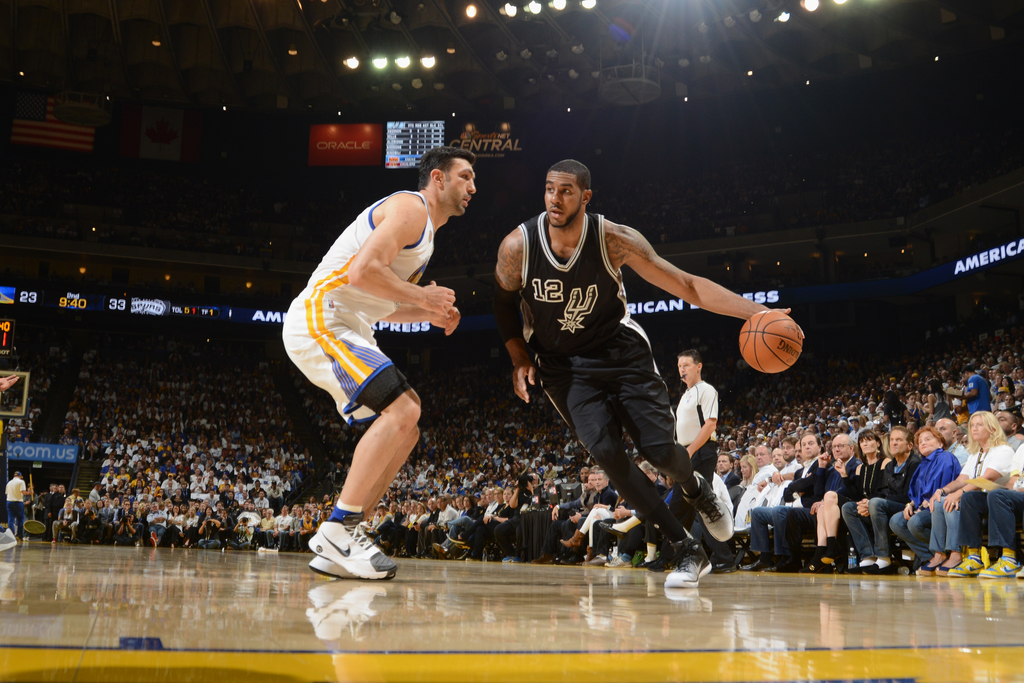 The Golden State Warriors are sending two starters and a pair of reserves to the NBA All-Star Game this Sunday, something LaMarcus Aldridge considers “wrong.”

The five-time All-Star argues that the San Antonio Spurs deserve better representation at the mid-season showcase.

On @TheVertical: LaMarcus Aldridge on Spurs having just one All-Star: "I'm not going to…be mad…But it was wrong" https://t.co/hCDSNeIpYA

“I’m older, so I’m not going to come home and be mad or anything,” Aldridge, 31, told The Vertical. “But I do think that it was wrong for Golden State to have four [All-Stars] and we’re a few games behind and only have one. It is what it is. I’m in this position and I’m going to enjoy my break and just come back fresh.”

In his first season in San Antonio, Aldridge struggled trying to find the balance between blending and being assertive. (Gregg) Popovich and Aldridge’s teammates urged him to stop being gun-shy and to demand the ball more, but the confusion led Aldridge to too often get in his own head – a place Tim Duncan encouraged him to avoid lest he overthink. Aldridge still has his moments now, but not nearly as frequently.

“It was very difficult, because I couldn’t be the guy that I’ve been my whole career. It was very difficult to adjust from being who I was to who I am now,” Aldridge told The Vertical. “Now, I’m fine. I do what I’m asked to do. I rebound, take shots every now and then. I’m not really asked to be that guy that I was, so I just the play the role that they want me to play. Play defense. Do pick-and-pop when they need it, and other than that just play off Kawhi.”

Related
Gregg Popovich: Warriors in a ‘Different League Than the Rest of Us’