Larry Bird on Paul George: ‘He Don’t Make the Decisions Around Here’ 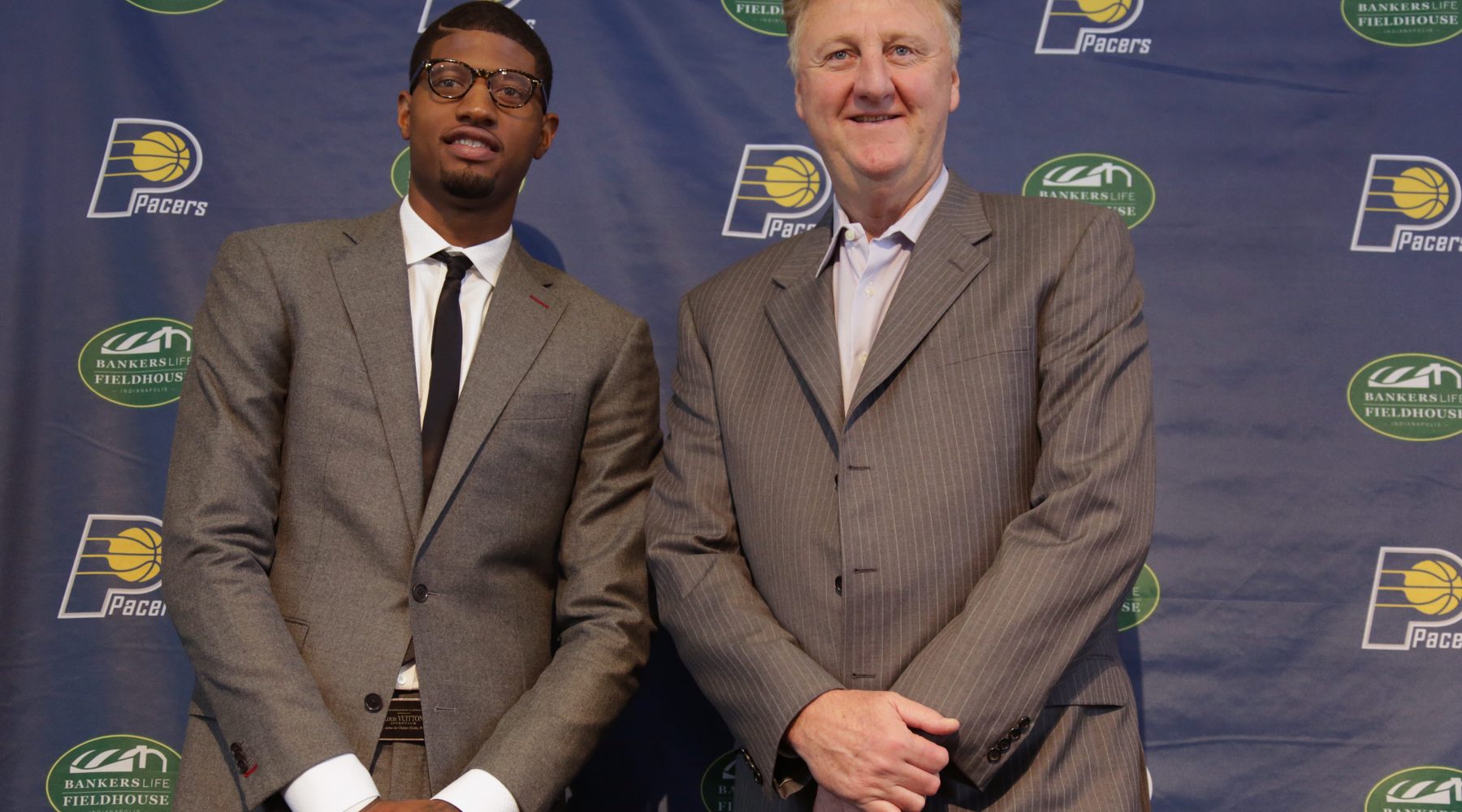 Bird also mentioned that he wants Paul George to play at the power forward spot, something PG says he’s willing to do … but not exclusively.

George is coming a devastating leg injury, and won’t have much of a say in his position change, according to Larry Legend.

After announcing the signings of three players Tuesday, Indiana’s president of basketball operations made his most extensive and direct comments yet about playing the 6-foot-9, 220-pound swingman at a new spot. […] “I’m not going to get into a battle about where Paul George will play,” Bird said. “He’s a basketball player and we can put him anywhere out there.”

Before heading to Florida to watch the Pacers’ summer league team play, coach Frank Vogel told reporters he had not determined how much time George would log at power forward. On Saturday at a local basketball camp, George said that while he’s willing to play anywhere, he didn’t anticipate playing 30 minutes per game at that spot. […] “He don’t make the decisions around here. But I did it, and I loved it after I did it,” Bird said, drawing laughter.

The flurry of offseason moves has left no doubt that George will get some time as a stretch four. The question is how much time? […] He added later: “I know what it did for my career and coming off this injury, I think it would be a good thing because he can still guard some threes, but he doesn’t have to do it all the time.”