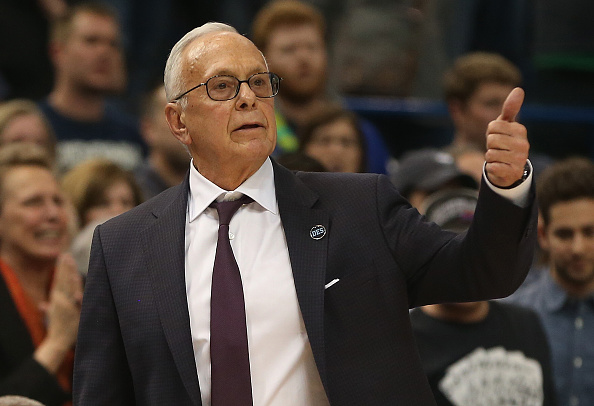 The big question surrounding the Kentucky Wildcats this year—other than whether the squad can run the table and become the first team to finish the year undefeated since the 1975-76 Indiana Hoosiers—is whether they could, in theory, beat an NBA team.

Today, SMU coach Larry Brown (read about him in SLAM 187 here) weighed in on that debate and decided to bring it a step further: Not only does he think that John Calipari’s Wildcats could beat an NBA team, he thinks that they could make it to the playoffs if they played in the Eastern Conference.

Brown will have a chance to watch Kentucky play once or twice during the tournament, as his Mustangs will play at least their first game in Louisville, the same place where the Wildcats will kick off their National Championship campaign. However, the two squads are on opposite sides of the bracket, so the only way the two squads would play would be if they met in the national championship game in Indianapolis on April 6. SMU will take on UCLA on Thursday at 3:10 p.m.

Hopefully by then Brown can get rid of the worst case of the hiccups that we’ve ever heard of.

Larry Brown says he has had the hiccups for over 24 hours straight — Matt Jones (@KySportsRadio) March 18, 2015