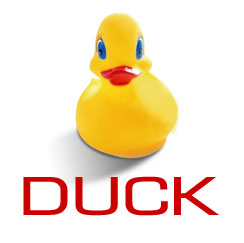 Adding Sight to Spain’s top flight
Because it isn’t beautiful
Unless you’ve seen it.

Back with the weekly La Liga Youtube fix after a break for Euro 2008 qualifiers.

Some cliff’s notes for this Spanish video.

The Guardian’s Sid Lowe has an interesting take on Capello:

“In Spain, Italy is seen as the home of the anti-football – boring, cynical and dirty – and Capello is the greatest master of its dark arts. After three years without a trophy, all is forgiven if you win – and next week against Barcelona provides the perfect opportunity for reconciliation, but some believe it is Capello’s very defensiveness that has brought Madrid to their knees. He can whinge at the players – some of whom really should have been offloaded in the summer – but the responsibility is his too.”

Tim of La Liga Loca has a good take on the Getafe side of things: “Its just a shame the stadium was half empty due to their ‘Day of the Club’ campaign which forced season ticket holders to fork out another 30 euros for their seats and made everyone else pay up to 100 euros for the privilege of watching what was a pretty dire match, despite the dramatic result.”

I went to school in Getafe last year and I can assure you that they didn’t have the money.

Last word goes to Gonzalo from All-In-White who notes that the Getafe match was “the worst Real Madrid performance this season (which, after the Lyon game is saying something).”

A game that featured two penalties that shouldn’t have been called is capped off by an Argentinean prodigy punching the ball into the back of the net. I guess that’s what Sergio “Kun” Aguero needed to do to prove he’s just like Maradona. Even when Atletico are lucky, they aren’t. Maxi Rodriguez went down in the Argentina-Spain friendly and Martin Petrov is out with an injury as well. So much for quality midfielders bulldozing down the left and right sides.

It’s in this space that I thank myself for not dropping Ronaldinho from my La Liga Fantasy team. I know it sounds very “standardized testing”, but my squad has reached the 97th percentile! Also of note: That diminutive Leo Messi fellow is getting awfully good at dribbling between and around three guys in the box before scoring.

As you can tell from the highlight package, Diego Milito, owner of two of the three Zaragoza goals, is really good.

Quite a day for Fran Yeste. If this column was called Yesterday in La Liga, I would have just shortened it to “Yeste” in La Liga for this week. Unfortunately for Yeste and the city of Bilbao, his team sucks.

Van Nistelrooy’s immaculate chip is the goal of this match. Also note the reporter at the beginning of the clip calling Getafe (pronounced Heh-ta-fay) Ga-taffy. If the loss to “Ga-taffy” was Dr. Jekyl, then this victory was most assuredly Mr. Hyde. Or vice-versa. You be the judge.

I caught this one live. Chelsea deserved the points. It’s quite stunning how much better Didier Drogba is than Schevchenko. The match wasn’t all that exciting, but there was a whole lot of Tommy Smyth calling Carlos Puyol “PEW-YOL”. One funny excerpt between Tommy Smyth and Derek Rae.

Rae: Dare I say, Ronaldinho looks rather forlorn out there.

Rae refuses to say it again.

THIS WEEKEND IS EL CLASICO, REAL MADRID-BARCELONA. GET YOURSELF TO A SOCCER BAR OR RONALDO WILL EAT YOU. AND HE WILL, BECAUSE AFTER SEEING RED AGAINST GETAFE HE HAS NOTHING BETTER TO DO.