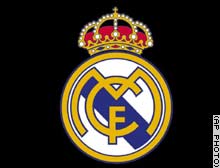 I caught this one live. Here some notes I took in between gulps of Heineken:

–Mallorca had more chances in the first half. Atleti was lucky to be tied despite their possession advantage.

–Luis Perea flipped out about something and headbutted Jankovic. It’s really hard for me not to assume Janko didn’t say something offensive to Perea, but that’s just me. The aftermath seems to prove that Maxi Lopez is a “hygienic product that rhymes with swoosh bag.”

–Mainche makes a stupid challenge and gets a yellow card. How do you say “poor taste” in Portuguese?

–Still nobody to get El Niño the ball.

–Galleti makes a solid attempt at a bicycle kick.

–This game sucks. What am I doing here ? It’s 3:08 on a Saturday afternoon. I should be just waking up.

–Why does El Niño smile when he holds his hands over his nuts while bracing for a free kick into the wall? He’s supposed to fear for his not yet born children.

–Mallorca players have “Menorca” on their shorts, perhaps advertising their basketball team.

–Pablo gets injured. That’s what happens when you consider signing with Real. Sorry about your kidney, man.

–Off a set piece an Atleti header is tipped over the bar. I let out a noise similar to that of a pregnant woman during contractions.

–Kun Aguero, after finally entering the game, fends off three dudes and serves a ball to down the right side. Alas, nothing comes of it.

–The remaining Newcastle fans in the bar, still embarrassed that they lost to Sheffield, sing a tune to the words, “We’re still fucking mental!” Really.

What’s actually mental is that Atleti have earned one point in their last three matches.

A home loss to Celta? That’s a terrible result for Real. According to Marca, Diarra is still adapting. We’ll check this story in another 9 weeks.

I would have caught this one live, too, but a Barca fan stole my chair and I didn’t feel like standing.

Sid Lowe on Betis coach Jabo Irureta. “Tired and disillusioned, the sack and retirement beckon. And, after a lifetime spent living away from his wife and kids so too does the family home in Bilbao. It’s just a shame to leave like this: booed and blamed.” Surprisngly, he did not end up getting fired, which kind of sucks for his wife and kids.

La Liga Loca on Sevilla, the team that sits on the top of the table: “With five wins from five home games, it’s clear where Sevilla’s main strength lies – but it could have been so much better for Juande Ramos’ men. Had it not been for refereeing decisions going against them at Atletico Madrid – where two men sent off in a 2-1 defeat – and a disallowed goal in the Nou Camp, Sevilla’s lead at the top could have been considerably more than the current one point margin.”